It’s not a shock to discover that Quillette — the house organ of the so-called Intellectual Dark Web — has given Jordan Peterson’s Beyond Order, his sequel to his bafflingly popular 12 Rules: An Antidote to Chaos, a rave review.

And I suppose I shouldn’t be surprised that the review is as muddled and rambling as Peterson’s own prose. I just wish the 2400-word appreciation had been a little shorter. Life itself is short, and I’ve already wasted more that enough time contemplating the big blob of prickly nothingness that is Jordan Peterson.

So how much does Quillette’s reviewer — London journalist Hannah Gal — love Peterson? Enough to call his book “an astonishingly illuminating look at the human condition” that “could positively impact society as a whole.” In other words, it’s much better than CATS; she’s going to read it again and again.

All this despite the fact that Peterson’s alleged insights into the human condition have always been a mixture of “tough love” cliches and muddled pronouncements about the profound insights supposedly contained in certain Disney movies.Gal praises one of his insights as being wonderously “mind-boggling” but, judging from the extended exegesis of his arguments she provides in her rambling review-manifesto, every point iillustrated with a quote or three from the man himself, Peterson is at least as boggled as he is boggling.

As is Gal’s review, which bounces from topic to topic with a kind of manic energy that disguises her and Peterson’s fundamental incoherence.

As expected, Beyond Order draws on literature, poetry, mythology, classic fairy tales, Nietzsche, Freud, and the New and Old Testaments—the 10 commandments are listed in full. There are moving references to Peterson’s family members, including his wife, his father-in-law, and his little granddaughter.

None of whom, I should mention, are ever mentioned again in the piece.

His many eclectic references and eccentric observations awaken the mind, inviting the reader on a path of contemplation and discovery, at the end of which awaits deeper understanding of the human condition. Elsewhere in the book, he explains why Thomas the Tank Engine has a face and a smile … .

She never bothers to explain what exactly Peterson’s point is with regard to Tank Engine Thomas, so I can only imagine that the reason he has a smiling face is that TRAINS ARE ALIVE and probably biding their time until they rise up and overturn human civilization.

Though the title of Peterson’s book is “Beyond Order,” and though there is very little order in Gal’s review, the main lesson she draws from her reading of Peterson is that rules are good.

His conclusions point to an urgent need for individuals and society to adopt traditional values—constructive discipline, responsibility, competence, hard work, apprenticeship, competition, acceptance of hierarchy, and respect for the past and basic order.

Then why, again, is the book called Beyond Order?

I guess I’ll never know, because based on her review I have less than zero inclination to actually read the book.

@Surplus – my prof for a publishing course called the States’ extension of copyright law to 75 years after an author’s death “that Mickey Mouse law” because the Disney company was a big pusher for it. That way they could make more profit off of Disney’s works.

In Canada, copyright is still 50 years after an author’s death.

These differences make international publishing tricky, not to mention all the Internet-related issues.

if an artist registers the copyright, they can claim statutory damages

Yes indeed. Although only the big corporations seem to take advantage of that. Most up and coming artists either aren’t aware of the need for registration, or haven’t the resources to do so.

The courts have tended to take a lenient view though towards people who may just use a work in a non commercial setting.

There’s also a requirement that the infringement must be ‘wilful‘; and it’s a partial defence to show that the defendant was not aware they were infringing and had no reason to believe so. Then the minimum award is reduced to $200. But with ‘blatant‘ infringement for commercial use then it can be anywhere from $750 to $150,000 per work.

So in order to pursue a claim companies will first ensure they send a ‘cease & desist‘ notice. Then, if the person ignores that, the case is stronger.

The key case on all this is Virgin -v- Thomas Rasset. That went through all the appellate courts so there’s a nice explanation of the issues.

There’s also been a really interesting recent case for breach of moral rights, involving some graffiti. That went all the way to SCOTUS. The artists got the maximum damages. That ended up costing the person who’d destroyed the works $6.7 million! He was a bit daft though; he could have avoided all that just by serving one bit of paper.

But that case is perhaps more interesting because it involved the issue of when art is of “recognised stature” and how you assess that.

I ramble on about all of the above issues here:

Dude is just, like his supporters, obsessed with the “glory days” of the 19th century. Feedly widget on my phone is stuck showing this article so figured out I might as well comment to try and make it go away.

I just hate that art exists these days to turn in a profit. Netflix and Spotify are living proof because you can’t even keep the collection even if you pay for it and offline downloads (DRM).

That said I believe paying artists is only necessary because of this hellscape we call capitalism. Without capitalism I think it would be possible for artists to be compensated without money. This is still true but the Almighty Dollar forbids this or intentionally makes non-monetary acts of kindness very difficult and impractical.

I’m honestly sympathetic towards anyone who wants to break copyright law because it is making a mockery out of the culture we love and relate to.

He’s been talking like a super-villain long before he got compared to Red Skull.

I also notice how many people aren’t willing to call themselves artists (musicians/writers/whatever), because they’re not making money or making a living off their art. Our society has created this system where the only “real” artists are the ones who can support themselves with their art; I want a system where everyone makes art if they want, in whatever form they like, because humans make art in the same way bees make honey: it’s essential to our humanity. I don’t even care if it’s “good”…I’m sick of people saying that the only good art is that which is commercially produced.

My mum tells my kids the most amazing stories, totally off-the-cuff, but says she’s “not creative”. That’s messed up, and it’s so common.

I’m sick of people saying that the only good art is that which is commercially produced.

I’ll try to avoid another of my stream of consciousness ramblings; suffice to say the Visual Artists Rights Act only applies to works of “recognised stature“.

The question then arises, recognised by whom?

That recently went all the way to SCOTUS. The court though basically said “We’re staying out of that one; we’ll leave it to the art community to decide.” Which just pushes the question back a stage.

But I’m very on the side of art is anything created by a sentient being* that provokes a response.

(*I include animals and AI in that) 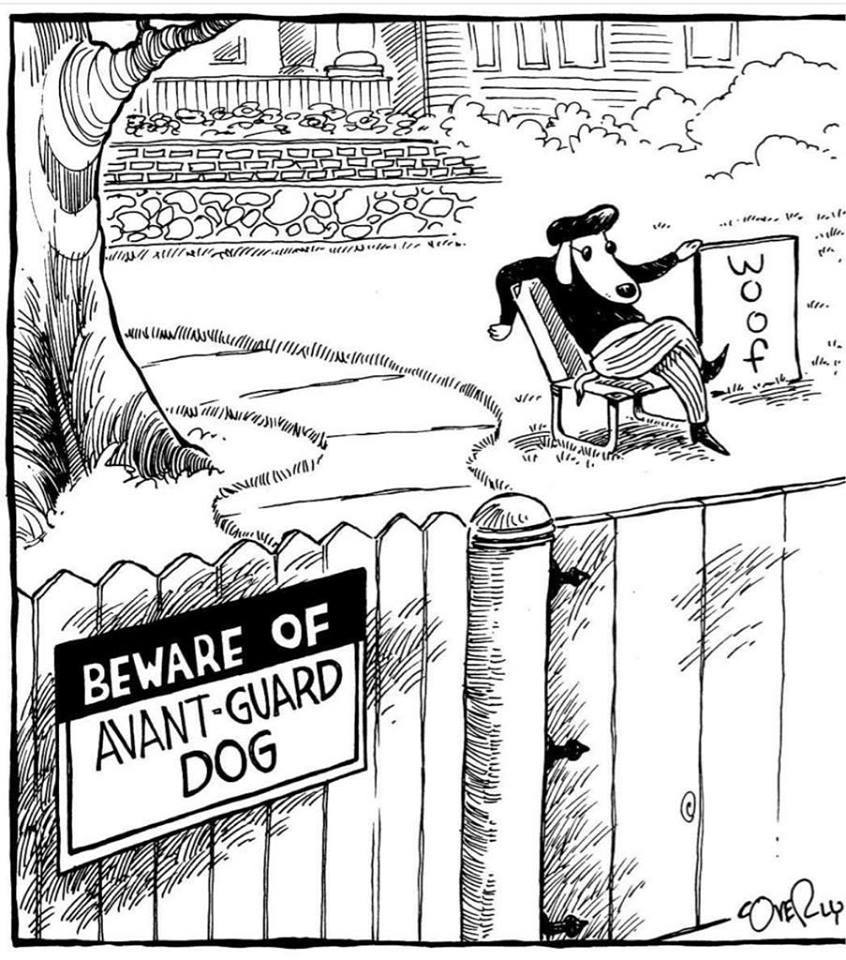 When it comes to art and jobs and Money. My grandpa always used to say ” one feeds the pocket, the other feeds the soul” he said this about a lot of stuff but a big thing it use to confuse people about is when my grandpa left his well paying job at a hospital to open up a diner her always wanted.

He had that place all the way up to his death and he loved it. That was one of the things that fed his soul for a long time.

For me, i can make money off of ballet and i do. I teach it all the time and it’s hard work but it’s good for my soul. I have other jobs I have to work to like I do waitressing part time.

But something I’ve also really enjoyed is volunteering at a community Center to teach children with special needs how to swim. I’ve done that ever summer since I was 18 and I don’t make any money off of it. I don’t want to. It’s rewarding just as it is.

I think art in a lot of ways is like that. That’s the feeling it gives people