With a title like “The true reason why women HATE RAPE” you know it’s going to be just awful, but somehow the rest of the meme manages to be worse than my lowest expectations.

Also, the meme maker said he was going to give us the “reason” but in fact he gives us two “reasons.” (I’ve pasted in the text below the meme in case the meme itself is unreadable to you.)

Do you want to know why many women hate rape? It’s for two reasons.

Rape doesn’t allow a woman to monetize her pussy. Objectively rape is merely inserting an object into her body. Something that she has done already a hundred or a thousand times. The difference is that this time around she gets nothing in return. Rape is heist!

Rape ignores a woman’s princess status. Usually a woman relies on male admiration and male willingness to fulfill her wish. just because she’s a female.. this time her wish (that the man stops) is ignored. Rape is lese-maieste!

Now you know what “Rape Culture. means. It means we live in a society where pussy is cheap (or even free), pictures of female flesh are easily available and men don’t treat women as princesses anymore like they did in all previous centuries.

It’s important to understand that women don’t hate being raped ‘because rape is so horrible’. Men hate it far less being raped by a woman. Why? Because men don’t arrogantly consider themselves aristocrats, and men know that their value consists of more than just holes and body part

“Boo-hoo, rape is so anti-privilege!”

If you need me, I’ll be here, slowly and repeatedly banging my head against the table.

He doesn’t.That is clear. I doubt this clown even knows how to load any gun. It also amazes me that these type of people assume that the people they are going to attack also don’t have gun. This woman he’s threatening could carry the strap in her purse or up her dress for all he knows.

Oh, for fuck’s sake. What a creeper.

Jeeze I have no idea what I missed but it sounds like a complete mess with a legit Neo-Reactionary Terrorist trying to do terrorist things.

Hope Johnny law comes down on him and hard, because what with current events and ilk such as this: we gotta take stuff like this seriously and sound the alarm.

Last edited 21 days ago by TacticalProgressive

“For the troll, it was the most important day of his life. But for the Mammothers, it was Tuesday.”

“For the troll, it was the most important day of his life. But for the Mammothers, it was Tuesday.”

Looks like I missed something I didn’t need to see here, not really regretting it. Hope that the Canadian police took it more serious than American ones would.

Quick question — thanks for alerting the individuals threatened, but has anyone actually contacted the Toronto Police? Also I still have a screenshot of the original comments if needed as evidence.

the police have been notified

I wonder how he feels about gay rape. Wait, I prefer not to ask him. I don’t need more vomit in my place.

The last chapter of the poster* does mention what he thinks about men raped by women, and by implication how that differs from men raped by men.

*I still hesitate to call these walls-of-text “memes”

David, you might contact WP support and let them know a hacker was able to bypass comment moderation. There may be a known plugin vulnerability that the troll was exploiting. Also might be worth scraping IP addresses from their comment history to share with law enforcement. Even if they’re using Tor, it’s possible to find fingerprints, especially if they forgot to disable cookies, JavaScript, Flash, etc.

Clearly I missed some pretty specifically awful shit. I hope the perpetrator sees some consequences.

@numerobois: what I caught was a poster using Dave’s pic posting threats to very specific people in Canada- although I’m guessing there was more.

I felt like I had to poke this creep we got because a lot of incels seem to have this delusion of grandeur. They think that if they hurt these women they will get media fame and be remembered forever. The thing I’ve noticed is that most people don’t even know who Elliot Rogers was and he’s like their big guy

I feel like these guys need to be reminded that they are significant. If they do these horrible acts people are going to remember the victims and not the incels.

I have screenshots of his comments that I sent to David. In case anyone needs proof, etc.

Summary:
Someone rolled up using first the username James Sears, then David Futrelle, threatening in numerous messages to dismember, rape, shoot, behead, etc, three specific women apparently in the Toronto area, stating at one point 2021 is to be the “year of the incel”, and that Toronto men should copycat the Boulder shooting.

You know, the kind of stuff that David writes about.

@joekster: yeah, I guessed as much from the comments. I’m glad people took effective action and I hope the authorities follow up appropriately.

(Not holding my breath on the latter.)

Along with hoping both the appropriate authorities and the intended victims are taking this seriously, I’m also hoping this troll guy wasn’t trying to set David up as his fall guy by posting those threats under his name here. Unlikely as it may seem, it could muddy the waters of any possible investigation, I think.

Ugh, I’m glad I missed today’s troll. I’m not in the mood to play bakklewheep with someone who thinks it’s fun to threaten people.

I wonder if there is any connection?

This popped up on my newsfeed today. A man just accused of threats to women referencing mass murderers. Good job police!

Hopefully the Canadian police have had a chat with this idiot by now. Particularly since they frown upon guns.

I missed a lot. Not sorry. Mammotheers, congratulations on thinking and acting quickly.

Looks like I missed a live one.
Anyway, maybe this is why it’s necessary to teach personal agency and autonomy at an early age. The idea that you belong to yourself and no one else is clearly too alien a concept to too many people.

@Michelle, the guy in the news article was arrested January 28 so no, it’s not the same dude.

Oh wow, I am so glad my internet wasn’t working for a few days.

Hi!. Nice to see you back. I hope your enforced offline break was relaxing rather than annoying. But anyway.

When you posted this on the other thread it remined me of an artist here. London Hijabi lass who goes by the handle Moosleemargh

But she drew up this jacket design; which there seems to be a market for judging by the feedback. 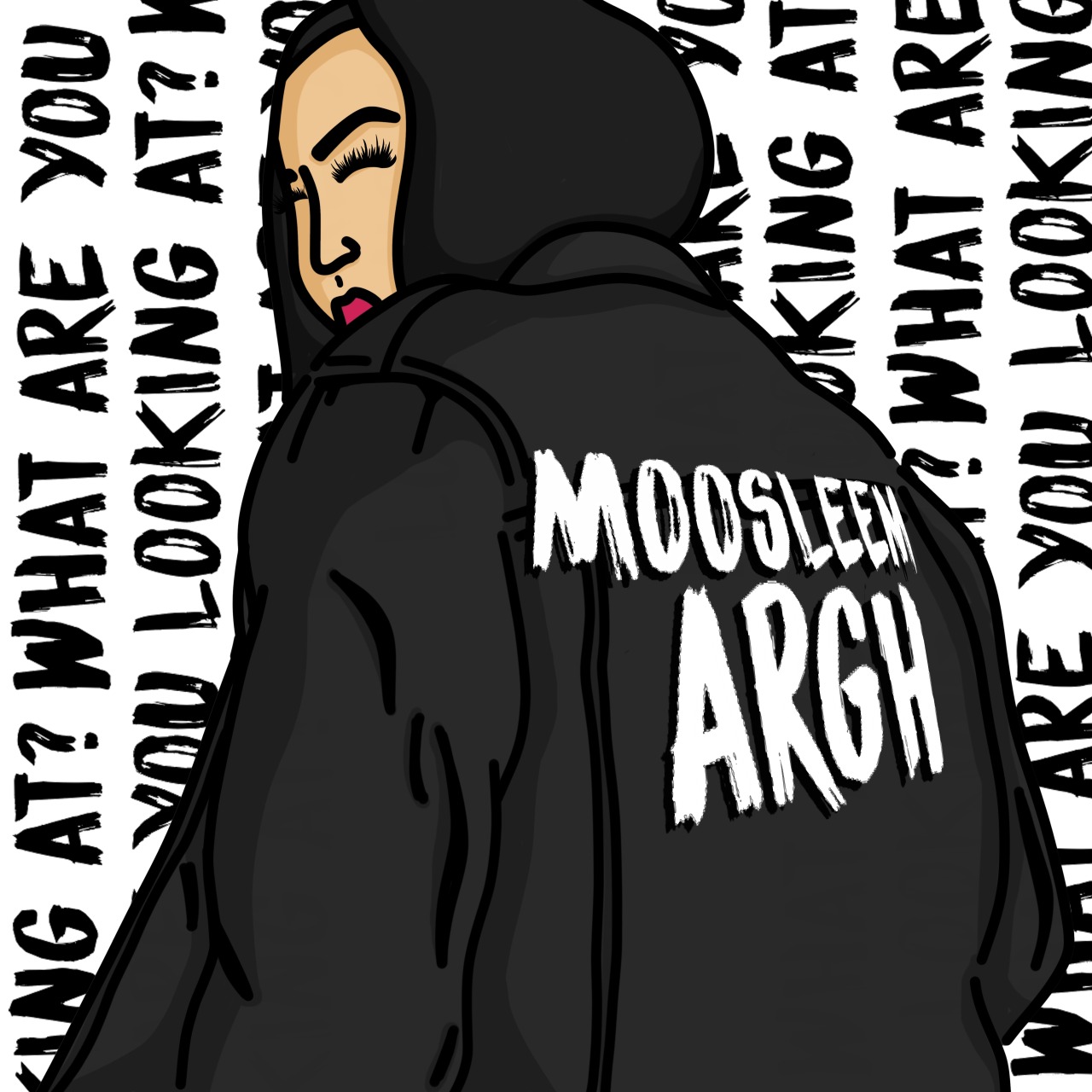 This is a bit atypical of her stuff. The bulk of it is sort of Muslim Daria, if thats not too crude a comparison.

Although she also does really interesting pop art; which the stuff I’m into. Even though I don’t get half the references.

interesting pop art…Even though I don’t get half the references.

Like this for example; it just really appeals to me. I don’t get every reference; but I understand the underlying issue; and I love how it really gives off that sense of frustration (I think it’s the henna one that really sells it). 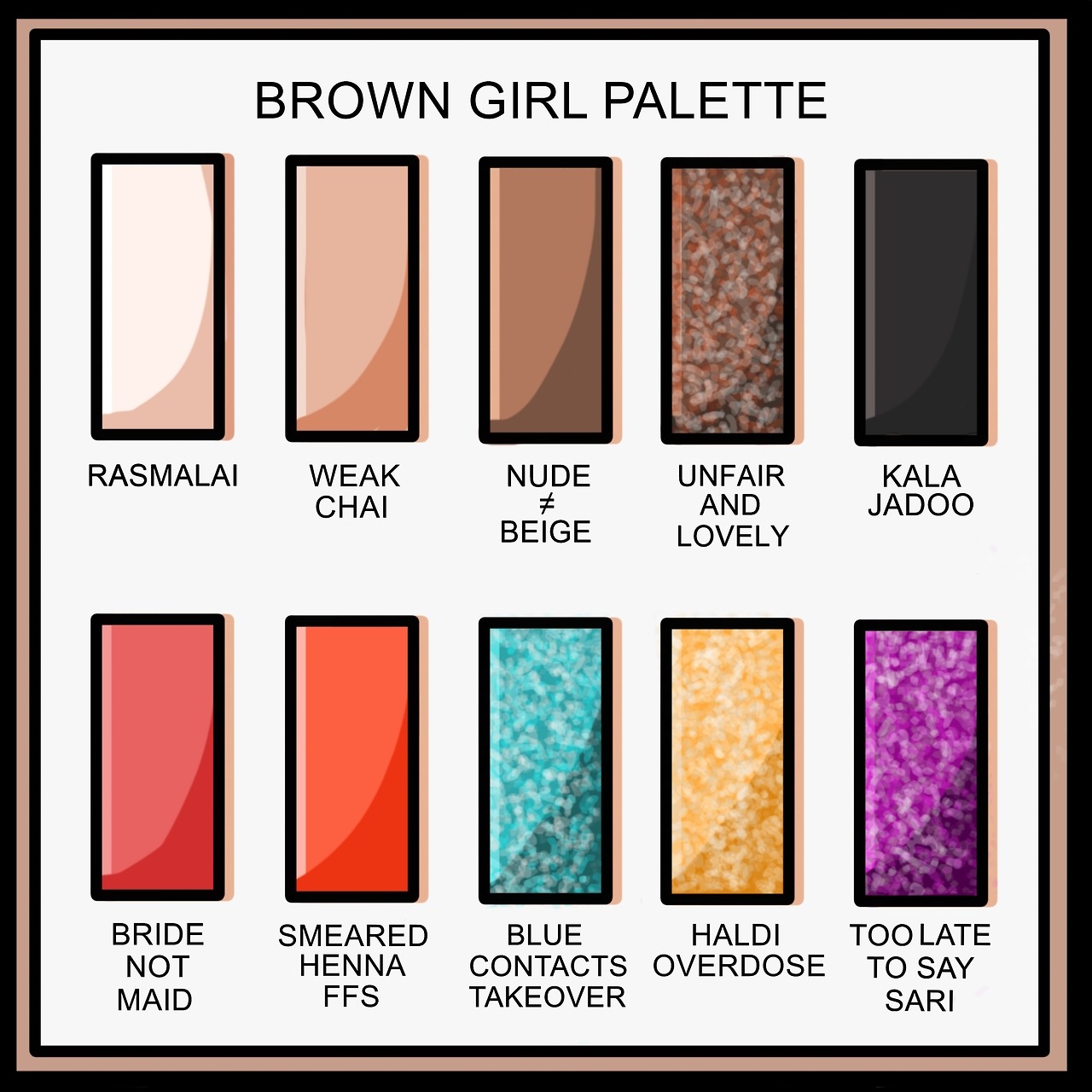 I LOVE her stuff! The first image you posted, I have as a sticker on my laptop! I think “Muslim Daria” is a great description.

I have as a sticker on my laptop

Well, you know what they say about great minds… 😀

She does do some cool stuff though.