Yesterday, we looked at the “fellas, is it gay” meme — specifically, the way it highlights some of the preposterous (but real) beliefs that some men have about masculinity and gayness, finding examples of “gay panic” tied to everyday activities that are decidedly not related in any way to sexual orientation, like washing between your ass cheeks or ordering dessert in a restaurant.

But a lot of people doing this meme do it in a different way, mocking the very idea of asking “fellas is it gay” by making their questions deliberately absurd and often surreal. Here are some of my favorite ones in this particular genre.

This poor woman has been scarred for life by this meme:

And speaking of butts, here’s a question for all you cat owners out there:

Huh. My cats, both ladies, just sniff each others anuses. Not sure what that means.

@Alan Robertshaw
The best/worst image is this one from Ohio: 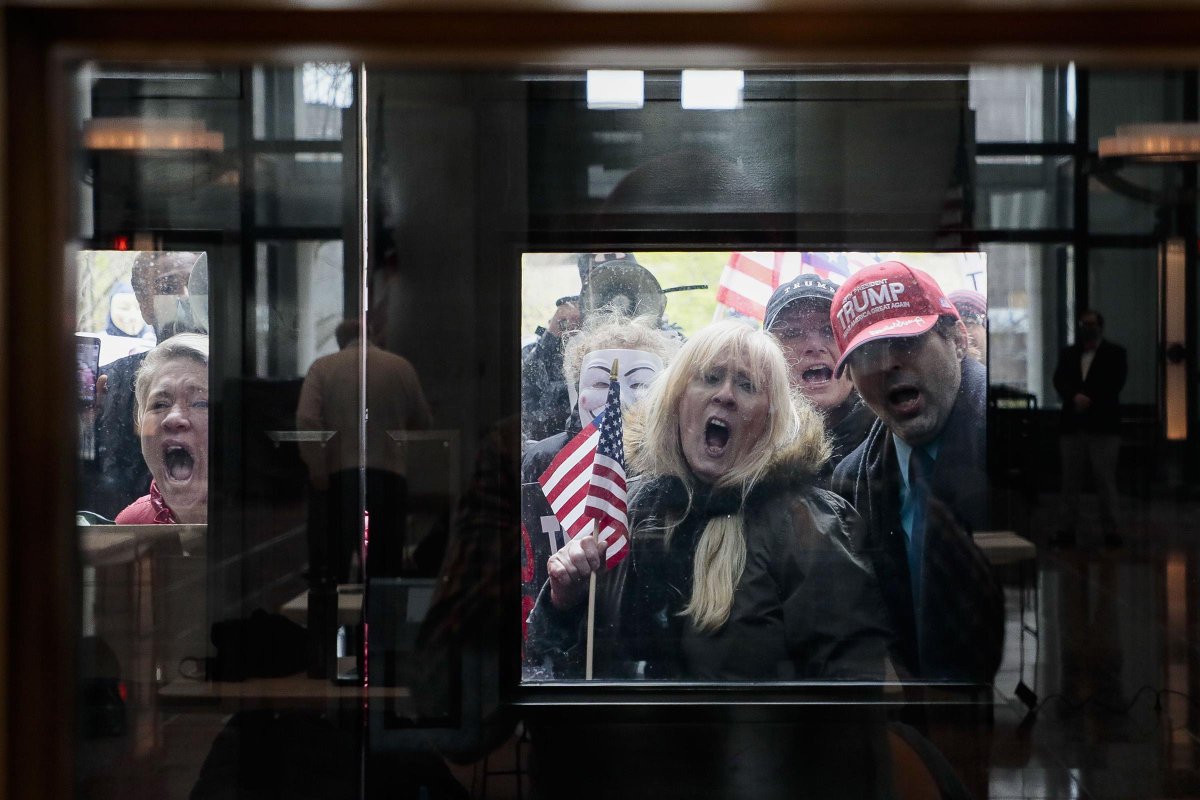 My guess is that we will see some fairly large spikes in the virus in the next few weeks. Here’s hoping the governors don’t crack under pressure and they keep the lockdowns in effect.

That Ohio image reminds me of something. 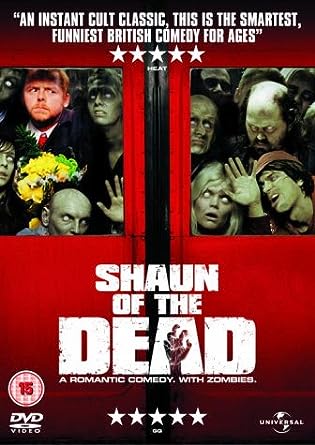 @Moggie
Did you see the PSA from the creators of that film?
http://www.youtube.com/watch?v=XO6FW1aJkTw

In both cases, it’s important not to let the zombies in. Reinforce the doors.

@Naglfar, yes, I saw it. I notice they reissued it with subtitles: I guess foreigners have trouble understanding Nick Frost.

I know that people here have reasons to respond to Surplus the way they do, but I’m pretty sure he knows what intellectual property is. Not to mention the idea of IP as a good solution to how to pay people for producing creative works is… considered dubious by some.

Yeah, I did think that picture had a “Dawn of the (soon to be?) Dead” vibe about it.

I do though hope the lockdown can end soon. Been reading some material from the UN. Whilst the lockdown is certainly beneficial for developed countries; it’s having a pretty dire effect on those less fortunate globally. A lot of people live in places where they have to work as there’s no adequate social safety net; but they still suffer the knock-on effects of our lockdowns. The UN estimate a further 800 million people will be pushed into malnutrition and starvation due to the stalling of international trade. Vaccine programmes against things like measles and polio have been suspended as medical resources are diverted and labs concentrate on coronavirus vaccines. And with schools shut, the 310 million children who rely on school as their main source of food go without.

Roll on passing the peak.

(Which those eejits aren’t helping with.)

Why can’t you buy a picture of the Eiffel Tower as viewed at night?

(*I hope it’s interesting. I’m working on a legally themed pub quiz for after the lockdown)

@Alan Robertshaw
I recognize that the lockdowns do have averse effects on certain regions, I was mostly referring to the states where the protests are occurring.

Why can’t you buy a picture of the Eiffel Tower as viewed at night?

IIRC it’s because the light installation is copyrighted still because it’s more recent than the rest of the tower.

Oh yeah; I totally understand the benefits of lockdowns; and those bozos aren’t helping, either locally or globally.

And correct! Unlike the rest of the EU, France doesn’t have a ‘freedom of panorama’ exception. So although the guy who owned the design rights to the Tower has been dead for over 70 years and thus the structure itself is out of copyright; the lights were only installed in 1985.

@Alan Robertshaw
I’ve heard it’s also illegal to take pictures of the Palace of Westminster in the UK, is that still true?

It gets better: The woman on the left in that picture? She’s running for state senate, and attacking Governor DeWine as a “tyrant” while also praising Donald “Total Authority” Trump.

You can take photos of the outside so long as it’s not “for purposes of terrorism”. If it’s a typical tourist snap the police won’t bother you. If you start getting tape measure out and making notes; they’ll probably ask what you’re up to. Same at airports. I once got pulled at Heathrow because my attempt to get an ‘arty’ shot looked like suspect.

You can take pictures in some parts of the inside. But there are restrictions. Some are due to copyright issues regarding displayed artworks. Others are because it is a place of work, and parliamentary employees have the same privacy entitlements as any other worker.

@Allandrel
The cognitive dissonance…
I guarantee that if any Democratic president said anything remotely resembling what Trump said regarding total authority, it would be the pull quote for every conservative publication, would be on Fox News for weeks on repeat, there would be threats of armed uprisings, and calls for impeachment. Really shows you what conservatism is when it takes off its assorted masks upon masks.

@Alan Robertshaw
That makes some level of sense; preventing attacks is important and most tourists are unlikely to be making measurements of the building. I was under the impression that all photos were illegal.

The terrorism provisions apply to all buildings. After 7/7 some security guards were a bit jumpy. But it’s the same rule. It’s only illegal if the photos are for use in terrorism. The police have certain powers to ask to look at pictures on phones; but they can’t make you delete them.

If I get on the bus, I have to pay the fare, even though the bus is going that way anyway.

There’s a substantial increase in marginal fuel consumption per passenger.

At the same time, in many cases information “piracy” is third-party-to-third-party transmission that doesn’t even consume the originator’s server resources, even at fractional-penny levels. Imagine your bus company claimed a monopoly on the entire route and driving your own car on any of the same streets required paying the bus company a fare.

All that being said, I think public transportation ought to be free and wholly subsidized by the state anyway. Making it even partly a for-profit enterprise results in less-dense and poorer areas being underserved as well as excluding and limiting use by the people who need it most (those unable to afford cars of their own). And any drop in ridership from the sticker price turns into extra greenhouse emissions somewhere, somehow — usually out of the tailpipe of a private car somewhere.

Similarly, if I want to read a book or listen to a piece of music, I may well have to pay royalties, even though an additional digital copy costs nothing to produce.

One clear case where copyright infringement will be Pareto-optimal is where the infringer had no way to pay anyway, so there is no question of there having been a lost sale. Another clear case is where the seller has already made a tidy profit that has more than recouped the cost of production, and a third is where the production was either not commercially motivated to begin with or was subsidized already by some other means — e.g., a work made on commission, whose patron desired its existence but did not seek exclusivity. And then there’s the case where the infringer has paid, and their infringement consists in making backup copies, or re-getting something that got lost or trashed, or format-shifting, etc.

Scientific works of a factual nature almost invariably fall into the “not commercially motivated/subsidized already” cases, with the research often having been paid for by government grants (in those cases it also commonly falls into the “infringer already paid once for the work” category, via taxes). As a consequence I consider all paywalls encountered trying to read scientific works to be morally illegitimate, and circumventing same to be morally permissible.

In the instant case it was scientific research that was almost certainly a) not commercially motivated to begin with, b) was already paid for in a manner independent of expected future sales of copies, and c) if any Canadian research grant was given to the researchers, I’ve already paid for it anyway and any attempt to charge me at the point of access constitutes double-dipping.

All very true, and I generally agree with you about public transport; for environmental reasons if nothing else.

But with the journal example you’re not paying for the underlying research, you’re paying for a magazine to seek out the information, write an article about it, and host it. So I think it’s fair they can make accessing it conditional on whatever terms they like. It’s not like the information is vital, or that they have a monopoly on it. And it must have some desirability and value to you otherwise you wouldn’t want to see it?

Perhaps. But this means that people can be denied the ability to read something that, again, is not any kind of secret or confidence, based on ability to pay; or even if they could pay the marginal cost of one more electronic copy (in kind, if in no other way, as on any file-sharing system that enforces at least a 1:1 upload ratio) they can be excluded because, say, they don’t have a credit card.

Why should someone be denied access to a scientific article because they had a bankruptcy in the past seven years? Justify that to me, please. It’s an article, not a car loan. The cost is a minuscule fraction of a penny and there’s no borrowing involved. Why should a clean credit record be a prerequisite here? And yet under the current regime, it is.

I think we need a different system for subsidizing content creation. Actually, it’s not even content creation per se, but just content creators. Such people will create for the sheer joy of it, if only they have enough spare time after eating, sleeping, and anything they have to do to make ends meet. They don’t need an outside incentive to create, just the time and space in which to do it. I keep seeing a guaranteed basic income being floated as a solution to this problem …

We had a, sort of, UBI here in the 80s. It was called Enterprise Allowance. Basically, you got slightly enhanced dole for a year; but you could also keep anything you earned on top of that. We got a few bands out of that; and also Tracey Emin.

As for science papers, I understand that if you know who produced it, you can just email the authors or their establishment and they’ll send you a copy. You’re not missing anything from that article trust me; so the source material might be more enjoyable for you anyway.

I think it means that the cats want to find out if the other cat’s found some mother-lode of mice they all believe is out there somewhere.

They also smell each others’ breath for the same reason.