A cryptocurrency guru who calls himself Crypto de Medici is celebrating the start of #NoNutNovember by bringing the gospel of Semen Retention to his nearly 90 thousand Twitter followers.

Mr. de Medici generally posts about such topics as bitcoin, vaping, and the alleged “Globalist War Against Nationalism.” But today he’s all about precious bodily fluids and energy vibrations.

I guess he’s probably right about the vibrations. A lot of dudes end up vibrating fron sheer horniness after several days of not whacking the mole.

And if you play your cards right, penis-havers, you can snatch some sex energy from the ladies without giving up any of your own!

Don’t listen to the “Shadow Men” telling you that sex has anything to do with making babies.

He’s really into the vibrations., BTW.

Who could have ever guessed that a cryptocurrency obsessive would have weird opinions on other subjects?

Is this #NoNutNovember in any way connected to Movember?
Mr. Medici also seems weirdly obsessed with hair.

Though I do give him props for being the first semen retainer to actually advocate sex and giving women orgasms, even if it’s for all the wrong reasons.

“They don’t teach this”

Yeah, because it sounds like new age pseudoscience bunk, you stale church wafer.

Great. Now I have Good Vibrations by Marky Mark and the Funky Bunch stuck in my head.

Anyway, there’s probably an essay to be written here about how the erm, leaking of semen retention is a natural endpoint (Or maybe middlepoint?) of the wellness fad that’s taken hold over the last couple of decades.

As has been covered elsewhere, the wellness phrase has been pushed by the interests of the wealthy because it tricks the little people into believing that well being is all a matter of individual choices and correct consumption.

At the beginning of this, the wellness advice was straightforward and sensible. Stay hydrated. Get 8 hours of sleep. Exercise. Don’t smoke. But of course, that advice was not sufficient to keep people healthy and happy. Because wellness behaviors don’t fix systemic issues like wealth inequality, wage stagnation, student loan debt, and rising costs of healthcare and housing.

So the demands of wellness become more and absurd. Because better for capitalism to force wellness consumption on us than change the system to spread the wealth around a bit, right? So all these crackpot solutions to the suckiness that is life in late stage capitalism start cropping up. Like semen retention. Or jade eggs to stuff in the vagina. Those two things may be pushed by very different types of people – Reddit weirdos vs. Gwenyth Paltrow – but I think it’s all kind of interrelated.

Ok. Enough of this. It’s Friday. Time to get some wine and pizza and see what horror movies are on the streaming services.

Pornography is free and plenty.

This programming rewires the brain and makes man susceptible to further control.

If you make sex a central objective to man. You make him more easily controlled.

I was just figuring English wasn’t his primary language.

Feel the fucking vibration within you.

OK, sure, if you can first recommend a good choice of battery-powered butt toy.

Huh. I wonder where he went in such a hurry?

@Surplus
I do find it a little funny how obsessed these people are with vibration, seeing as vibration is usually associated with sex toys.

it’s a method of exchanging energy and life force 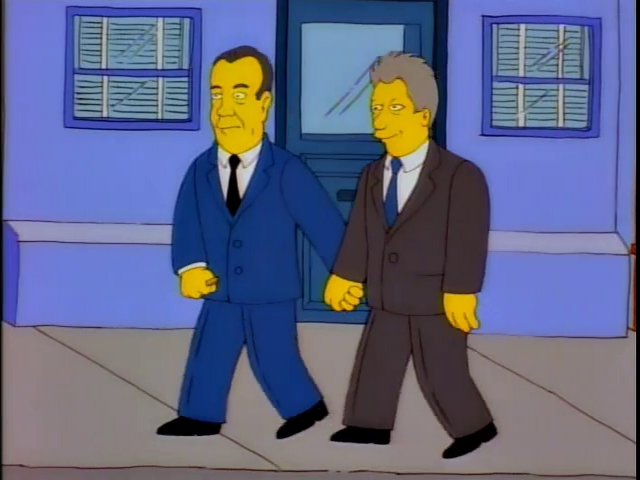 I watched part of Dr. Strangelove last night and it wasn’t that funny anymore. So thanks for that, nofappers.

I do think it’s very amusing that these nofap dudes think that retaining semen is somehow different than retaining mucus, tears, or any other bodily fluid that the body no longer has use for.

Guys! Semen is not magic and “retaining” it will not magically recall the worst parts of patriarchy.

I do think it’s very amusing that these nofap dudes think that retaining semen is somehow different than retaining mucus, tears, or any other bodily fluid that the body no longer has use for.

Maybe someone should go to the Semen Retention subreddit and, um, enlighten them to the revelation of snot retention. I wonder how many would buy it.

I wonder if they’ve already been practicing something like this with their bowels. I mean, look how full of crap they are.

My favorite part about SR is the field reports where they describe the effects of all their magic powers, which they apparently manifested after three days without “release.”

Like three days is some sort of manly accomplishment that the sheeple could never pull off, which is why they don’t know about the wonders of SR.

I don’t recall any magic powers ever manifesting though.

I once went a year and a half! To be fair I was in a strange place mentally. Like super high and manic all the time. It was a weird 18 months. Now I have found veganism turbocharged my libido. I feel this aspect of going plant-based should be more widely know 😀

Um, I kinda think I know what he might be on about with all the “vibrations” shit. He might have whatever I’ve got. For years I have felt like I have a low level current running through me, or that I’m vibrating all the time. I’ve sometimes wondered if it could be some precursor of Parkinson’s, but doctors never take it seriously (because they don’t have any answers, probably). I’m so acclimated to it that I don’t much notice anymore unless I pay attention.

But every once in awhile it stops, like someone threw a switch, and for a blissful 10 to 20 seconds everything is so quiet, like the sudden silence when the power goes out at work and the white noise of the HVAC and computers suddenly stops. And then I can feel the motor revving up again until it’s back to “normal.”

When my doctor put me on a drug for something else, the initial dosage made me buzz like I was made of bees. I couldn’t take being aware of it all the time (it was exhausting), so we had to cut it back to a quarter of the dose to return to ignorable levels. :/

Did I feel happier, more confident, more fulfilled, etc.? No.

Did I become smarter (i.e… a faster reader, better at retaining information, etc.)? No.

Did I work out more intensely in the gym? No.

Did I get better at picking up women? No.

Did I gain superpowers such as telepathy, telekinesis, etc.? No.

I do not intend to try abstaining again.

Parkie here. I know we shouldn’t really try internet diagnosing here, so please don’t treat what I’m about to say as actual diagnosis, but as a question to ask your doctor.

If Parkinson’s disease or the closely related condition Parkinsonism have been ruled out, have you asked about the condition called essential tremor?

Hope you get to the bottom of whatever ails you.

Also search for what is No Fap and read about the benefits of no PMO. Watching dirty stuffs is a waste of time, energy and minerals from the body. I hope you will think about this very seriously.

Next time cover your cameras, somebody may watch! Limit yourself to one time per month if you can’t go completly NoFap.

Maybe someone should go to the Semen Retention subreddit and, um, enlighten them to the revelation of snot retention. I wonder how many would buy it.

All he needed was to be a Flat Earther and he’d be a one person chud bingo.

Also search for what is No Fap and read about the benefits of no PMO. Watching dirty stuffs is a waste of time, energy and minerals from the body. I hope you will think about this very seriously.

Indeed. But Discworld goblins are much nicer than these guys.