Another mass shooting? This is tragic. When will we finally do the right thing, and get rid of the Jews who cause all of this suffering?

I am only a struggling artist, and a despised political minority. I have, in the course of my intellectual journey, and artistic expression, made countless regrettable statements which I never planned on having read back to me in a courtroom. Once upon a time, I expected obedience to the law would avoid such outcomes. Vilifying me is an easy thing to do, even when I have the opportunity to respond, and deprived of this capacity, I am but a sitting duck. So my cries for justice, however loud they may be to my own ears, are drowned out by more powerful forces.

Scroll down for the answer!

Trick question! He posted both, because that’s the sort of person Cantwell is.

The voluble antisemite — a former A Voice for Men contributor who gained infamy as the “crying Nazi” for a video he made after Charlottesville — can’t seem to stop making awful comments … and then wallowing in self-pity when these comments cause him problems.

The first comment I quoted was one of many awful and vaguely threatening comments he regularly makes on Telegram, the favorite social media app of terrible people who’ve been banned pretty much everywhere else, even Gab.

The second comment was from a long post on his website offering his legal response to a motion accusing him of threatening one of the lawyers handling a lawsuit against him and others for Charlottesville. (The comment in question, which Cantwell insists was not threatening at all: “After this stupid k*ke whore loses this fraudulent lawsuit, we’re going to have a lot of fucking fun with her.”)

Elsewhere in his rambling response, Cantwell moans about how unfair it is that his lawyers have dropped him because a) he keeps saying terrible things and b) he hasn’t been paying them.

My attorneys wish to withdraw from this case, and I don’t blame them. I’d like to do the same. Since the financial industry has destroyed my business by depriving me, without explanation, of the ability to process payments, and even squashed a second business of mine which I launched hoping to overcome that unlawful discrimination, I am unable to compensate them. …

I would take issue with their description of me having made no effort to pay, however. I’m not living it up behind the scenes, refusing to pay for their services while enjoying other luxuries. I have struggled to pay my rent, my electric, my car payment, and the insurance for that car. I have no health insurance. I have stopped paying my credit cards. I have cut every expense I could, while scrambling to find new avenues of earning. …

After two years of relentless struggle, I am exhausted, broke, and frankly, lacking faith in justice. And so, I present myself as a beaten man, who is not guilty of the crimes alleged in the complaint before this court. I beg for justice, deeply skeptical of its supply, and await in despair whatever impositions may come of the injustice I have for so long struggled against, seemingly, to no avail.

Here, by the way, is a photo of that poor fella taken during the Charlotteswille protests — a photo he used to promote his online radio show. (In case you’re wondering, he’s the one doing the spraying.

H/T — @EmilyGorcenski on Twitter, who highlighted Cantwell’s self-pitying comments (and posted the picture above) in a recent thread.

I certainly can say I do not feel in the least sorry for this fool. He got himself into this situation by being a Nazi asshole, and when he’s in a hole he just keeps digging. He wants justice? To quote Inigo Montoya: You keep using that word. I do not think it means what you think it means. Justice means he pays up.

made countless regrettable statements which I never planned on having read back to me in a courtroom.

Yeah mate; you’re what we call in the trade “a bit of a knobhead”. (It’s a legal term; from the Latin I think)

Oh, good, some folks got in ahead of me… (slides back into the hedgerow, invisible again)

Oh, good, some folks got in ahead of me… (slides back into the hedgerow, invisible again) 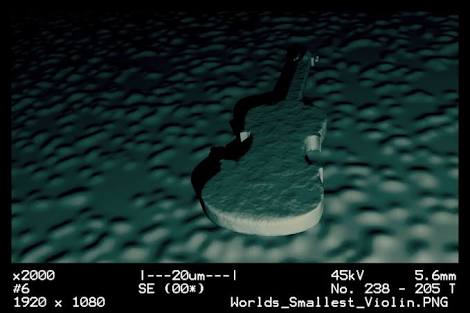 I see he’s still a total jerkface. I wish he’d surprise us by acting like an adult.

After two years of relentless struggle, I am exhausted, broke, and frankly, lacking faith in justice.

I dunno, seems like justice is working just fine to me.

So… getting an actual job is just not something he thought about?

Of course not. I am being silly.

Quote below from the subject of the OP:

I would take issue with their description of me having made no effort to pay, however. I’m not living it up behind the scenes, refusing to pay for their services while enjoying other luxuries.

Wow, has he really misunderstood how capitalism works. I’m not a lawyer, and I’m certainly not a USian lawyer (plus I definitely haven’t passed bar exams in his state), but I’m guessing the kind of thing “effort to pay” might refer to is a) having the means, or the reasonable expectation of means, to pay when entering into the contract, b) paying some proportion of the sum when asked, or c) explaining limited means and offering to enter into an agreement to cover the sum over a longer period of time than that set out in the contract. If not spending money on private flights was a justifiable reason for failing to settle a debt, wouldn’t 90% of us be free & clear of our debts?

There are many things which might make me lose faith in justice. The fact that being a nazi makes your life difficult, is not one.

Have you TRIED not being a Nazi, Chris?

Their very existence is strongly infuriating. It is also a mystery why they hold such wildly immoral and inconsistent beliefs, and why they are so serious about them.

I think far-rightists, and religious extremists, are people who feel a huge repulsion for themselves and / or their circumstances, and need to identify with “something bigger” for psychological survival. If you destroy their beliefs, you destroy them. As those beliefs are a cover for their self-abhorrence and their rage, they have to involve violence.

Up to here my two cents of Ucalegonthology.

I think far-rightists, and religious extremists, are people who feel a huge repulsion for themselves and / or their circumstances, and need to identify with “something bigger” for psychological survival.

I think you’re right. At least, in my experience they seem to all hate themselves and maybe this helps them hate themselves less. Cantwell here definitely hates himself, as evidenced by his typical wallowing.
Self-loathing sucks, I just wish they could find a better way to stop hating themselves than turning to fascism.

Telegram, the favorite social media app of terrible people who’ve been banned pretty much everywhere else, even Gab.

Wait, Telegram is a social media app now? I thought it was just a messaging app to most users. I suppose that when even the disreputable forums won’t put up with you, you have to improvise.

Let me see if I have this clueless shitburger’s idea of how things are supposed to work: As a FACIST pushing for the dehumanization and eradication of other human beings, I am entitled to platforms that will pay me for my hateful violent behavior, enabling me to make a living while keeping myself bought out of legal trouble for said hateful violent behavior, and anything less makes me an unfairly oppressed little victim. That about right?

Honestly, this is the kind of news I like. Not for schadenfreude, but merely the idea that wrongdoing does lead to negative consequences. Probably one of the most exhausting thing to me is seeing awful people accumulating these followings that seem to shower them with endless money. In a world where YouTube wasn’t part of Google, I highly doubt that these alt-right goons would have been able to parlay hate into a revenue stream the way so many of them have.

Someone needs to cue the sad trombones to accompany the tiny violins.

Call it the “Schadenfrede Sonata.”

Or, rather, “schadenfreude” (stupid fingers–du-ohh).

Wait, Telegram is a social media app now? I thought it was just a messaging app to most users.

Now I imagine Cantwell living on a poorly paying gig job where he plays a “sad clown” character while running door to door delivering old-fashioned telegram messages to his clients. He weeps and wails theatrically while reading out the messages, also written by himself, which consist of bold and cheerful white supremacist talk.

I’m not crying for these guys either:

Thank you for posting that. I found it quite heartwarming in a schadenfreude sort of way. Also, I’m meant to be writing an article about disciplinary consequences at work for political activity outside work. So that gives me some references.

Glad to be of assistance!

What a piece of shit this guy is. Dude literally promotes the violent deportation of citizens from this nation, no doubt with the wholesale liquidation and redistribution of all of their material possessions to the burgeoning white ethnostate, then he turns around and talks about how *he* can’t get any justice.

Yeah “vilifying you is easy to do” when you’re an actual effing VILLAIN.