Robert Bowers, accused of murdering eleven in a mass shooting at a Pittsburgh synogogue earlier today, reportedly had an account on Gab, the so-called “free speech” alternative to Twitter that has been completely overrun with Nazis and the Nazi-adjacent. Bowers used the account to spread vile anti-Semitic and racist propaganda — and, if this tweet is accurate, to hit on underage girls.

Here’s the last thing he posted on Gab before the shooting, blaming a Jewish refugee aid organization for bringing foreign “invaders” to the United States:

Bowers’ connection to Gab has been widely reported, leading PayPal to finally cut its ties with the site, which has become a major platform for, and enabler of, hate speech.

So how have the users of Gab responded to the shooting? I went there today to see, starting off by looking at the topic devoted to the shooter. The very first post I ran across was this one — jokingly criticizing Bowers for not killing as many as Norwegian terrorist Anders Breivik:

You don’t have to make the slightest effort to find hate on Gab. It’s everywhere. The site’s “News” topic is similarly overflowing with hateful comments on the shooting.

By “mongrel biological weapons” Gnome means “immigrants.” This is essentially the same conspiracy theory promoted by Bowers himself, the idea that “the Jews” are funding the immigrant “invasion” to destroy the white race.

Er, “Fox,” violence has already erupted. It’s all coming from the right. And the only people trying to interfere in the elections are the GOP officials moving polling places out of reach of voters without cars and throwing mostly brown and black people off the voter rolls.

I’m not sure I fully understand GrandeFormaggio’s particular conspiracy theory below, but it too seems to boil down to the assertions that “the Jews did it.”

This lovely fellow celebrated by posting a bunch of Nazi memes.

Some painted Gab and Gabbers as the real victims, worrying about the public relations disaster Gab now faces and railing against those pointing out Bowers’ regular use of the hate-infested platform.

Christina here felt it was time to issue a warning. (The picture is of a snarling wolf; I couldn’t fit it all in the screenshot.)

The only really critical voices I ran across came from a few commenters who are openly hostile to the platform:

There are a few people on Gab who are distressed by the ubiquity of open Nazis on the platform and want to “save” the site by getting more non-Nazis to sign up. Why on earth would they? The site is beyond saving. It’s a bad place, and it’s making the world a worse place. It doesn’t deserve to survive.

EDITED TO ADD: I hasn’t seen this before I put up the post, but the official Gab account on Twitter is bragging about all the traffic they’re getting from the fact THAT ONE OF THEIR USERS JUST MURDERED ELEVEN PEOPLE.

Catapult Gab directly into the sun.

EDITED AGAIN: Speaking of which, Gab’s hosting provider is officially sick of their shit.

Click on the screenshot to see the whole thread. I don’t know if this is a knockout blow for Gab or just an inconvenience. If the former, I won’t be missing them.

Not to fall down my own conspiracy hole, but the guy posted a really obvious thing to the effect of: I’m not MAGA, O didn’t vote for Trump.
Then his last post says “screw your optics, I’m going in”
So he was aware of optics. My guess is he posted the whole disavowal of Trump to provide cover and muddy the waters, it lets the FOX bots say “see! He wasn’t even a republican!”
At most, he felt Trump wasn’t far enough right wing.

Oh wow the Nazi twitter are acting like nazis. Color me shocked as my glee over them losing Paypal washes over the bitter taste of the latest tragedy.

And the correct link, since I couldn’t edit. 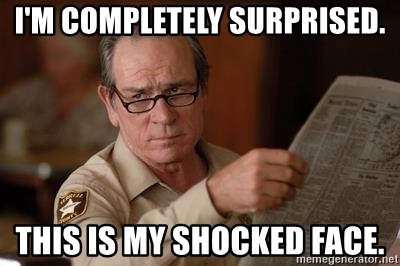 One can do the most horrendous things if they are convinced it is for the greatest good.

You know how in Birth of a Nation, the KKK are depicted as valorous knights saving the day by committing genocide? These evil dickbags view themselves the same way: as the heroes doing the dirty work that no one else is willing to do.

Meanwhile, Fox is keeping the hate alive by interviewing a guest who claims that the infamous caravan is funded by the “Soros-occupied State Department”. You can almost hear the multiple parentheses around that:

This is an idea which it seems the right have been pushing quite heavily:

I have a feeling Anglerfish team would not appreciate being used in nazi propaganda.

And counter terrorism really needs to confiscate some servers and bring in who ever runs this piece of shit site.

Does Gab make its default avatar the NPC meme?

As a Pittsburgh native, I was especially saddened to wake up to the news of another mass killing, this time eight (later eleven) Jewish worshipers in the Squirrel Hill neighborhood of Pittsburgh. Rest in peace.

I figure that Gab may not have been intended as a far right platform, but it was lost the moment it turned out that

2) In particular, nobody wants to join a “free speech alternative Twitter” unless they were kicked out of Twitter for being too assholish

3) Especially since there’s another alternative Twitter, Mastodon, for people who left Twitter because they want LESS freedom for assholery

Please abide by the comments policy and don’t use “crazy” talk.

This is the second time they’ve had a server get sick of their shit, by the way.

They accuse liberals of what they themselves are doing, try to justify their behavior by citing peaceful & lawful protests. It’s like my dogs, raising hell because the cat, who has lived here all their lives, jumped off the couch. Then wanting me to praise them for barking at her. I want to yell at the right, as I yell at the dogs, “calm the fuck down. She’s not hurting anything.” But the dogs will listen to me, and the right won’t, because Collies have more sense in the tips of their tails than the entire right, world-wide, does. Grrrr, they make me angry. (The right, not my dogs.)

Naturally. And of course, these dillholes won’t lose a moment’s sleep for the dead. Double down. Never apologize. Remain on the offensive (in multiple senses).

This state of affairs cannot continue.

Especially considering that historically, for all their faults, the one the Japanese didn’t share with their German allies was anti-Semitism.

Also, the vehicle depicted appears to be an M2 Bradley, named for an American general who was responsible for killing a lot of Nazis.

It’s kind of pathetic that, in spite of being anime fans, they don’t seem to understand the anime they like.

Love to any Mammotheers (and everyone else) in Pittsburgh.

Gab’s CTO has resigned. Seems this champion of free speech doesn’t like being on the receiving end.

“I figure that Gab may not have been intended as a far right platform, but it was lost the moment it turned out that[…]”

It was started by alt-righters for alt-righters when Twitter had one of its infrequent spasms of actually blocking nazis.

It was never a sincere free-speech absolutist site, not even in the planning and inception stages. Their twitter account posted a code of conduct promising bans for certain speech-crimes against the Alt Right before they’d even yet launched a service you could be banned on.