You have to give Jordan Peterson fans credit for at least one thing: they are unafraid to confront the most challenging questions of our postmodern age. Like, for example: is the slightly unflattering photo of Jordan Peterson that tops the potted biography Google gives you when you search his name evidence of a devious conspiracy by leftist Google goons desperate to make this very serious thinker look a little bit silly?

I mean, take a look at the PROOF of this dastardly hate crime against this HERO:

You’ll be pleased to know that the good people (but mostly dudes) of the Jordan Peterson subreddit have taken up this important issue in not one, not two, but three separate threads, the biggest of which garnered some 425 upvotes from 425 true patriot lovers. One of the OPs laid out his concerns:

In another comment, MacVogt expanded on his conspiracy theory:

Someone called ChadRedPill thought this was Google’s way of striking back against a critic of the company’s firing of anti-diversity-maniifesto-manifester James Damore:

Or perhaps this was the doing of some sinister Google artificial intelligence?

Did … did a bot write that?

I dunno. All I know is that Jordan Peterson is VERY SERIOUS so clearly if I’m seeing a picture of him smiling it must be the result of SOME sort of conspiracy. Damn you, Google leftists, with your SMILE AGENDA!

In case you want to see the sort of pictures that Jordan Peterson Redditors consider flattering, here’s a carefully drawn set of portraits with his head swollen up like a balloon. I bet these will never make it to the top of the Google results! Must be a conspiracy.

Darn. I’m sure the a-hole brigade was hoping it’d be a Bernie-loving Antifa super soldier, who is both an incredibly dangerous threat to the nation with his vile Marxism as well as a soy-eating beta cuck unfit to be a threat to the mighty alpha males.

I’m sure Krang T. Nelson will get ’em next time.

In some good news from Canada:

‘Spirited rally’?! Seriously? The article is a little better , but, seriously, news people….

@Violet: I like pictures of my heroes smiling too. 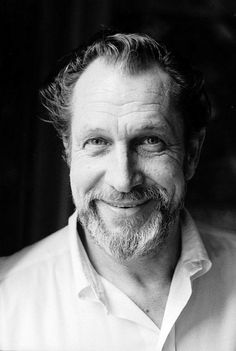 @Fishy Goat:
Gah. I have friends in Nanaimo, too. (Grew up mostly in Central Saanich.)

A lot of the parts of Vancouver Island that aren’t Victoria have been pretty hard hit over the decades by the loss of most of the mining and lumber industries in the area. And while Chemainus managed to successfully rebuild itself around tourism and theatre, that’s not the sort of thing that works everywhere, especially not after one place has already succeeded in carving out a niche. (And Chemainus worked in part because it was a small town easily accessible for day trips from either Victoria or Nanaimo, the two largest cities on the Island.)

There are also silly pictures of lobsters. Lobsters and humans both have melatonin. Therefore, silly pictures of Jordan Peterson are completely natural. You can’t just ignore powerful natural forces like that. His fans can complain about the pictures, but only by rejecting solid science.

Will that internets be carry-out or delivery?

He only eats meat. The only way he isn’t constipated 100% of the time is if he has bouts of diarrhoea.

Or if somebody goes and sabotages his bowel with bits of tree (CW: Warren Ellis.)

When I took that photo JP had just noticed a lady lobster strolling by and was getting ready to make his move.

P.S. He bombed out and blamed feminists.

I’ve been over to the Lobsterkin subReddit. It’s interesting, in a disturbing way. There is a great deal of kerfuffle about postmodernism and cultural Marxism (occasionally neo-Marxism), which are apparently the root cause of all contemporary social and cultural ills.

The idea that the plight of mediocre young men is *not* due to excessive leftism confuses and alarms them. In the world as they imagine it, Alinsky has defeated the forces of good, the Pareto distribution is crushing the hopes of 80% of all true men, and working women in lipstick are emasculating a generation. I haven’t seen anyone calling attention to dogs and cats living together yet, but it’s only a matter of time.

If Odin would take those Soldiers, then he needs to go to Yggdrasil and demand his eye back as a refund, because he clearly got no wisdom out of it whatsoever.

If you look up the keyword “unacceptable lobster” on Google Images, on the first page of results is a Getty stock photo of Trump holding a lobster.

Ooooh, scary… must be those SJW programmers at Google tricking the algorithm into identifying Jordan Peterson with… an asshole.

God, these people!
A silly photo of their messiah appears and suddenly they declare the million dollar company “radical left” and want to pull out a Voight-Kampff test for forum posts.
Peterson-followers really need that hierarchy malarkey to compensate for their lack of any redeeming quality.

Multi-billion-dollar corporations are not part of the radical left, pretty much by definition.

Multi-billion-dollar corporations are not part of the radical left, pretty much by definition.

Still not as dumb as calling Michael Moore a neocon propagandist, which is a thing somebody actually said in the comments for the Fahrenheit 11/9 trailer on YouTube (then again, it’s a YouTube comment section, so I don’t know what I expected).