In the wake of last night’s missile strikes on Syria, Trump is declaring “mission accomplished!” (Haven’t we heard this before?) Meanwhile, his fans on the far right, from literal Nazi Assad lovers to not-quite-Nazi America Firsters are crying foul. Alex Jones is literally crying.

Apparently it’s all the fault of the Deep State.

Trump is a strong and powerful leader but the deep state is in complete control of his actions pic.twitter.com/pLjgX2n2sx

Meanwhile, every right-wing shithead that has spent the past several years demonizing brown-skinned refugees as terrorists is suddenly a humanitarian.

The weirdest thing about Trump’s base coming unglued about him violating his America First principles by bombing Syria is that they really believed he had principles.

Among those feeling betrayed, Ann Coulter, who spent the day retweeting angry alt-rightists denouncing their former God Emporer Trump.  There is a slight irony here.

The author of a book literally titled "In Trump We Trust: E Pluribus Awesome!" continues to be SHOCKED that Trump is an unprincipled liar. https://t.co/5zcWJzcv2U

Coulter also retweeted this legitimately cute video, which I thought was a nice change from her usual horribleness.

Not all right-wing racists are mad at Trump, though.

This is what US fascism looks like. Ultra-entitled racist capitalist children with no regard whatsoever for human life pic.twitter.com/7lGuKetQnR

There are several problems with that last tweet, not least the fact that this is not actually a picture of Damascus.

Back here in the US, Starbucks is calling the cops on black men for … going to Starbucks? And the cops are arresting them.

@Starbucks The police were called because these men hadn’t ordered anything. They were waiting for a friend to show up, who did as they were taken out in handcuffs for doing nothing. All the other white ppl are wondering why it’s never happened to us when we do the same thing. pic.twitter.com/0U4Pzs55Ci

Starbucks needs to buy them free coffee for life.

From somewhere else, so they don't have to go to Starbucks.

These days I think we can all relate to this:

If you’re taking about Mrex, don’t worry, she got banned.

Hi Chiomara. Nice to see you pop up again.

I was, but sockpuppets are a thing.

Starbucks is one of the several places which donates to Israeli soldiers to continue to murder Palestinians so it’s obviously just another islamphobe/racist being an idiot thinking Arabic writing is herp derp terrorist writing something or rather.

It’s not new here is another example of Anything Arabic=terrorism
https://www.reddit.com/r/ShitRedditSays/comments/7zibx7/re_a_handbag_with_a_joke_in_arabic_on_it_its/

This is what happens when you don’t actually do research. And btw the irony is we already have a “Sharia law” here it’s called the “Alt right”.

@Fruitloopsie
The donuts story is even better, its not even in Arabic its in Elvish!
Apparently its from a shop that makes novelty donuts and that one is a LoTR reference.

When Alex wasn’t crying this week he was telling tall tales about how when he was 13-14 all this 17 year old hot chicks wanted to date him but then after a few dates tried to convert him to Satanism, like multiple times. Like 14 year old Alex Jones is like “oh, here she goes with the Satanism pitch, I should’ve known.”

I have a hard time believing that. Jones was a 14 year old at one point?

What happened, did he regress or something?

“The horse clans will engage the Enemy in a diversionary battle at the Black Gate, while Toruk Makto flies high above Mount Doom and simply drops the donut in!”

“Are you sure he can do it? One does not simply fly over Mordor!”

“It’s not impossible, I used to bullseye womprats in my T-16 back home, and they’re not much bigger than two meters.”

… I’ll show myself out now.

@Chiomara
Oh my stars you’re back it’s so good to see you again!

Christopher Cantwell, Alex Jones… for being all manly men, these right-wingers sure are quick to tears when something goes wrong….

“The Farce is strong in this one…”

I am not a fan of writing in foreign languages just for the hell of it, but that handbag is cool enough for me !

Why would Alex Jones convert to Satanism when he’s already a demon? 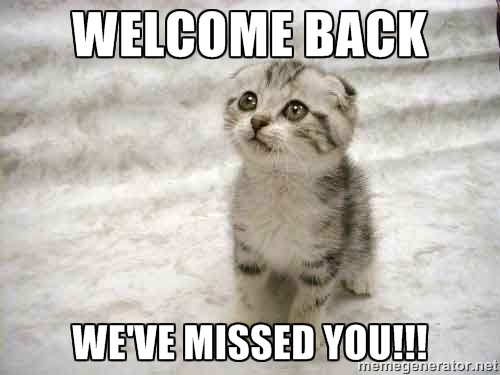 Nothing really surprises me anymore. Anyone who REALLY wants to know whats going on should definitely check this out, its a pretty scary warning from a history and religion professor. Pretty damn eye opening: https://ancientprophecy.weebly.com/

@Surplus: don’t go yet! You haven’t left delivery instructions for that internets you won!

……when he was 13-14 all this 17 year old hot chicks wanted to date him but then after a few dates tried to convert him to Satanism, like multiple times.

Usually, the story is that the guy converts to Xtianity to date the pretty Xtian girl.
I find it so amazing that men will happily admit that they think with their dick instead of their brains and yet still claim they are more logical than women.

The link there is one more layer of nested URL shorteners/trackers than I’m able to unravel without just rolling the dice on it.

What is at the center of the onion, a Rickroll?

@Surplus to Requirements, Observer of the Vast Blight-Wing Enstupidation:

See, that’s the conspiracy. Everyone *thinks* the Bilderberg/Illuminati/Jooz/Lizards are controlling the NWO, but it’s actually Rick Astley.

“Surrender your dark power, Lord Astley!”
“Ha! I shall NEVER give you up!”

So, after the person of color shot because he has asked his way, now people of color arrested because they sit in a café ? Wow.. This is getting ugly and uglier… How many days till your next elections ?

Well, to no comfort, some ugly things also happen in India : at the beginning of January, a 8 years girl have been raped, beat, stoned and her body hidden for a week. In itself, it is already horrible, and you can add the fact that it had been done mainly because she was muslim (and a defenseless child, but who care, yes ?).
The problem does not stop here : India nationalists have done demonstrations to halt investigation because they do not want “muslim policemen” to do it.
And the inhabitants of the village where the murder have been done refused the child to be burried there (she have been burried some kilometers away outside the village).
And the current investigation had shown that some local policemen have “cleared” some clues, making the investigation more difficult.
And the current prime minister party try again to derail on the risk that muslims are supposed to cause to India.
Lovely.

Nationalism is quite the new synonym for hate in this damn world.

Pagan reader
Thanks for fixing the pic.

occasional reader
I hope they catch that demon.

No! That can’t be right! Because then Hannity would have scrupulously avoided reporting on Cohen, or would have disclosed his connection. Because of ethics, you know?

Somewhere Bill O’Reilly is cackling with glee because he’s about to no longer be the one with the most embarrassing sex scandal at Fox News.

Wonkette’s taking names on who other party might be. Wanderer thinks it’s Jeff Gannon.

Now if only these lip-service non-believers actually understood THE PLAN of the Great Orange One, they would know to trust in his mastery of 4D Chessboxin. Oh ye of little faith…

Imperialists out, as the saying goes.

Sigh…it’s getting hard to tell who’s who and what’s what anymore. (mumbles something about sarcasm needing its own font)

And I think Jones and his ilk breaking down in tears is kind of a sign of what these guys really are: spoiled children throwing tantrums because the nanny has realized they’ve been hogging all the toys and treats all this time.

> Fruitloopsie
Alas, it was not a demon.
The current state of the investigation states there are 8 suspects, 4 of them being policemen. It was not an act commited under an impulsion, it was premeditated : kidnapped January the 10th, she has been beaten and raped during some days, in a hindu temple, before being killed and abandoned in a forest.
According to some suspects, it has been done to chase the Bakarwal tribe (a muslim nomadic tribe) from their state.

Nationalism is quite the new synonym for hate in this damn world.

Not new, it always was.

Jones day just got worse. A few of the Sandy Hook parents are suing him for defamation for his constant bullshit against them.

Chio’s back? HI CHIO!!! *jumps up and down and waves from the fringe*

Jones day just got worse. A few of the Sandy Hook parents are suing him for defamation for his constant bullshit against them.

Yeah, I hope the court finds him guilty and gives him the highest possible punishment, because those poor parents/relatives/friends of the kids and teachers who were murdered have been through hell dealing with said bullshit, including death threats, from assholes like Jones.

I hope the court guts him for that. He should lose everything.

It is possible some older girls did play an odd prank on Alex Jones in High School. Maybe they made a bet whether the whole proselytising for Satan would scare off guys or not.

A bit sad, he has not pondered this in all these decades.

I always envisage Jones’ mind as one of those telephone switchboards from the 50s. You know, the ones with all the wires and the operators making and breaking physical connections.

Except the operator is both astigmatic and drunk off their arse.