When is Melania Trump not Melania Trump? When internet conspiracy theorists decide that the Melania Trump-looking lady standing next to our illegitimate president is a secret imposter. Never mind that this women is OBVIOUSLY MELANIA WHAT ARE YOU EVEN TALKING ABOUT.

You know what’s fake for real? Donald’s “concern” for fallen soldiers. And a lot of his much touted charitable contributions.

Here’s the tweet that started the whole #FakeMelania thing.

Others offered their own “proof.”

Did Melania have a nose job to make her nose BIGGER? Because it sure looks like she did.#FakeMelania #FakePOTUS #TrumpLies pic.twitter.com/69XAYLMMFm

THAT IS THE EXACT SAME WOMAN YOU DOOFUS HER NOSE ISN’T BIGGER IT’S THE LIGHTING JESUS CHRIST WHAT IS WRONG WITH YOU.

Ok, wait, THAT is a lot more convincing. Her hair isn’t even the right color! Sloppy work there, Fake Melania handlers!

The evidence of conspiracy is piling up:

This is not Melania. To think they would go this far & try & make us think its her on TV is mind blowing. Makes me wonder what else is a lie pic.twitter.com/UjBCMJQozC

I would be such a good fake Melania because my hair is fuckin flawless and I look bored or grossed out whenever Trump says anything too.

In other news, the very real Donald Trump is a fucking monster.

Trump to pregnant military widow on slain husband: "He knew what he signed up for."

And his “charitable contributions” are basically nothing but hot air.

And he seems to have killed the Obamacare fix he earlier said he supported.

Two days ago, Trump said Obamacare was "dead."
Yesterday, he said he supported the bipartisan plan to fix it.
Today, he says he doesn't.

Also, he says “billions and billions” a lot.

“Alt-right” shitheads continue to be shitheads.

Fascists put up flyers telling LGBT kids to commit suicide and @CLE_State's prez worried that "all voices be heard." https://t.co/hJ5V1JCMPa

This is why we need so many animal pics and vids.

I will end with this important warning.

*looks out at the molten wasteland that is the world right now*
I’m… struggling to see the downside. Let’s roll those dice, eh? 😛 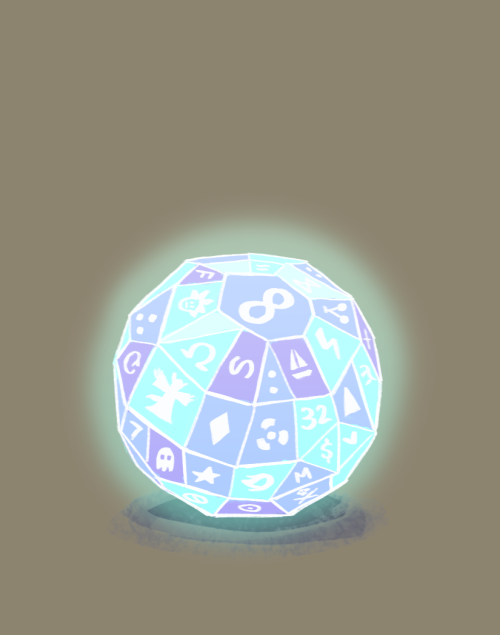 I thought this was too good to be true at first, but it’s real! And so perfect. 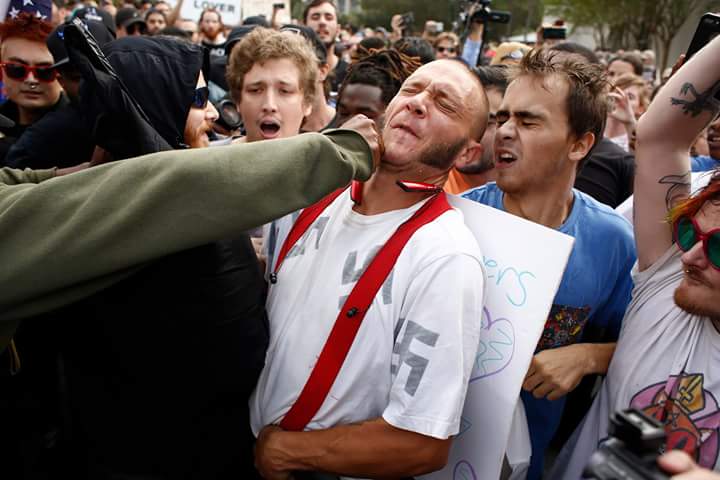 I got distracted looking at the Girl Guides UK website. Much more interesting that the Trumps.

Prepare for a completely off-topic ramble about my years as a Guide.

I was a Brownie, Guide and Young Leader. Guiding was my life from the age of 8 to 19. SO many changes over the decades, thankfully moving away from its paternalistic, patriotism-soaked roots. I was there when girls started being allowed to join Scouts, in the mid-late nineties, and when the uniform changed from the brown or blue cotton dresses to t-shirts, sweatshirts and trousers or culottes. The Rainbows were still wearing tabards though. That must have been about 1991. Looking at the Girl Guiding UK website it looks like they’ve updated the uniforms and books again.

Does the nazi in question not realize he’s wearing his hair in the style of a Jamaican Rude Boy?

@Conspiracies: Shamefully, Conspiracy theories are rampant amongst Autonomists, Anarchists, Communists and Socialists here as well, and I know way too many otherwise decent comrades, who are quite into 9/11-truthing, Illuminati/Rothschild-conspiracies and a slew of other weirdness. For a lot of them, it stems from being brought in through “Awakened” hiphop from the 00’s or from not being quite critical enough, but it’s been a near-constant thing in all circles I’ve set foot in over the years, from die-hard anticapitalists, environmentalists, the punk scene (which is highly politicised over here). It seems that some people desperately need to dehumanise the architects of our oppression, by making it about reptillians, Freemasons and ancient conspiracies fostered by secretive cabals, rather than the very overt forces of Capitalism and Patriarchy.

PeeVee the (Tired of the Militant Plasticfaced) Sarcastic

Player: I punch the nazi pus-bag

DM: Critical hit! You punch the nazi pus-bag so hard his head snaps back and hits the nazi behind him. Double damage to both, and I’m awarding you extra XP.

ETA: that last pic in the OP; referencing this?

At a Spencer speech in Gainsborough.

Speaking of assholes getting a whupping, a gang of guys in Israel this week were daft enough to hurl some gendered insults at a female IDF soldier; but she wasn’t having any of it.