I have to say,  I expected a bit more from our nation’s Men’s Rights Activists. Yesterday, arkoudaphobic education secretary Betsy DeVos handed MRAs a huge gift, announcing that she would be putting an end to Obama-era policies on campus rape that MRAs and conservatives have been pitching fits about for the past six years.

But the reaction from MRAs has been surprisingly muted so far. On on the Men’s Rights subreddit — the biggest MRA forum there is — the regulars are much more interested in talking about a woman who accused someone of “mansplaining” on Twitter than they are in talking about DeVos’ decision. The topic devoted to the former non-issue has garnered 9640 upvotes and more than 900 comments; the top post on DeVos’ gutting of the Obama administration’s campus rape policy, by contrast, has earned only 153 upvotes and one-sixteenth the number of comments.

And while most of those commenting are happy with DeVos’ move, they aren’t exactly dancing in the streets.

“Welp at least we achieved something with Donald Trumps victory,” writes someone called keonkla.

This is why I voted for trump mainly, He was are best bet in seeing some Lessening of the Gynocentric War on men and masculinity. Looks like its paying off to.

As 5th_Law_of_Robotics sees it, meanwhile, this is “[p]erhaps the only good thing to come from this adminstration.”

In one of the handful of other threads on the subject, a fellow calling himself ISOanexplanation is a bit more spirited in his response:

White-knight gynocentrism has always facilitated the weaponization of women’s unhappiness but feminism has now anonymized it on campus and expanded the definition of sexual assault to such a ridiculous degree that a man’s unwanted word or glance is tantamount to rape. If feminists wanted rape to be taken more seriously their first mistake was calling everything rape. I just wish DeVos’ deputy hadn’t apologized for her statement about most college “rape” being awkward drunk sex.

The most enthusiastic response I found came in yet another thread on the subject, from a fellow who claims the new policy had convinced him that it was safe for him to stay in the United States. Bowaustin begins his comment by complaining that

in the modern age facts don’t matter if your male your a second class citizen and are assumed guilty until proven innocent if the accuser is female.

But DeVos’ announcement has given him new hope.

I had honestly given up hope that this would do anything but get worse and was planning to just move to a country with fairer laws in this regard as soon as I finish college, but now maybe I won’t, if it keeps getting better and we start seeing actual fair and equal treatment being pushed for I may actually stay.

One thing is certain though I will never agree with the feminists and I will never do anything but oppose them at this point they are power drunk border line fascists pushing more and more for special treatment and it is high time that they stop being handled with kiddie gloves. I say this because I am tired of having to live in fear of being persecuted for something I didn’t do because some bitch accused me for personal gain.

Apparently accusing random innocent college dudes of rape is a path to instant riches. Who knew?

Over in the MRA-adjacent Men Going Their Own Way subreddit, meanwhile, the regulars are even less enthusiastic than their MRA brethern.

While one commenter hails DeVos’ move as the “[f]irst tangible rollback of weaponized feminism we’ve seen in nearly 2 decades,” others aren’t so sure. Indeed, one commenter thinks Devos’ move is part of a “gynocentric” plot against men, intended to keep them docile slaves of women. He apparently also thinks DeVos has a stinky vagina.

Gynocentrism is as strong as ever, this is a siren’s song to get you back to the plantation. “Look, men, we’re doing things for you. Now work.”

So why aren’t MRA’s more enthusiastic in their response? Probably because the overwhelming majority of so-called Men’s Rights Activists aren’t actually activists at all. They’re just guys who like to complain about women endlessly online. So naturally they’re much more interested in kvetching about a random woman on Twitter than they are in talking about government policy — even when they’re handed a policy victory on a silver platter.

God, that’s horrifying, and making me so angry. Nobody should endure that. At least you’re moving past it bit by bit. *hug* 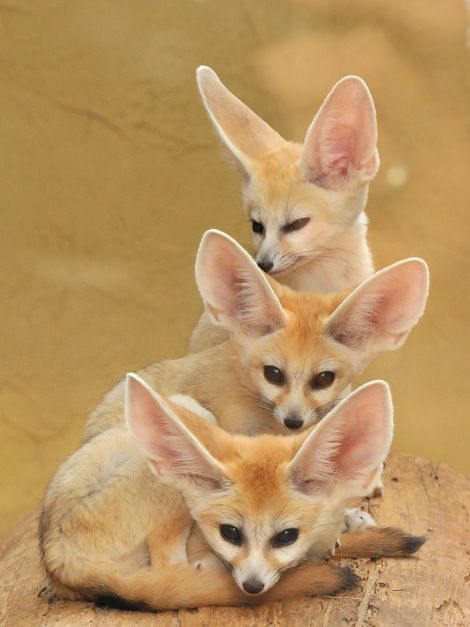 Thanks for all the cuteness and hugs. ❤

Spending this evening watching Bugsy Malone with my kids and singing along.

The dog is very confused by our singing and dancing.

@NicolaLuna
All the hugs and kittens to you.

My deepest sympathies for what you went through. I’m so glad you have the support you need, and best wishes on your surgery. You are strong as hell to keep on keepin. Hugs to you if you want them.

Also, to anyone else who needs hugs or barrel of fluffy, cute things as well.

What’s the most depressing about all this is how casually they ruin lives without even fully acknowledging it. Like, to them, they are so wrapped up in entitlement that it “only makes sense” that the most powerful government should give them a free pass to sexually assault the youngest of adults. It’s seen as “their right” and react like Dudley in Harry Potter receiving Xmas gifts.

And there’s also the fucked up aspect that David notes that they don’t even care about having a free pass on rape, because they already knew they could get away with it with almost no consequences and thus are only annoyed they lost a convenient target and thus must invent another reason they are “oppressed”.

One thing is certain though I will never agree with the feminists and I will never do anything but oppose them at this point they are power drunk border line fascists pushing more and more for special treatment and it is high time that they stop being handled with kiddie gloves.

Did a feminist tell this guy to use more punctuation?

@NicolaLuna – That’s awful – no one should have to go through that. I’m happy to hear you’re doing better.

Gynocentrism is as strong as ever, this is a siren’s song to get you back to the plantation. “Look, men, we’re doing things for you. Now work.”

This made me laugh so hard.

On the other hand, I was touched by your story, @NicolaLuna. I’m sorry you went through all this. You didn’t deserve it and you’re not to blame for what happened. I wish you strength in your hardest of times, don’t give up. We all believe in you. Sending you lots of love. ♥

One thing is certain though I will never agree with the feminists and I will never do anything but oppose them at this point they are power drunk border line fascists pushing more and more for special treatment and it is high time that they stop being handled with kiddie gloves.

Did a feminist tell this guy to use more punctuation?

@NicolaLuna
All my sympathy to you.

@nicoleluna @ignoresandra your bravery in this thread has really touched me. It seems so simple to type some words in an anonymous forum, but as a long time lurker myself, I appreciate it is no mean feat, even in this place of unconditional love and support.

I don’t know you, nor you me, but I want to say how inspired I am by you both and thank you for that. Thank you for sharing and speaking the words many of us can’t.

Much love to you both xx

I am so sorry to hear about what happened, and about the struggle to get the support you need.

Glad you are recovering and reclaiming your body, and I am touched and impressed by your courage.

Piles of kittens and virtual hugs to you.

@NicolaLuna Don’t worry, you’re going to make it through this.

Re the Department of Education guidelines: Even after my school implemented the “Dear Colleague Letter,” it continued to officially use drinking culture as an excuse. The administration claimed that most 18-21 year old rapists were not serial sexual predators but were “inexperienced with alcohol,” which is the standard argument for lenient sanctions based on “miscommunication” and calls for much more due process rights than what people get in a typical workplace. Workplace safety issues, like harassment, discrimination, threats, and sexual assault, aren’t the sort of thing you get a “jury of your peers” for.

And yeah, MRA’s don’t really care about due process rights or the notion of fundamental educational rights to higher education for students accused of rape. They just like to complain about women on the Internet.