You may have seen a screenshot from the Anarcho_Capitalism subreddit making the rounds on Twitter, showing a post asking the supremely creepy question “Is having daughters the ultimate cuckoldry?”– and answering the question in the affirmative.

The post — apparently copied and pasted to r/Anarcho_Capitalism as a joke — seems to have originated on 4chan’s /b/, where it was evidently meant quite seriously.

Read on, if you think you’ll be able to stomach it:

While the incest angle makes this one of the creepiest things I’ve read on the internet in some time, the logic here is more or less identical to that of every alt-right racist who rants about “white genocide” after seeing a white woman out walking with a black man.

It’s the same logic you hear from MGTOWs and Red Pillers and MRAs when they complain about allegedly post-wall thirtysomething women marrying “beta providers” after allegedly “giving away their best years” to the parade of alpha males who allegedly had sex with their younger, more attractive selves before they hit that dreaded “wall.”

These guys essentially feel that every “hot” woman’s body rightfully belongs to them — if not to them personally, then at least to men like them. Alt-right racists feel “cucked” when attractive white women date men of color. MGTOWs feel cucked when women date alleged alphas — even if the “cock carousel” that MGTOWs spend so much of their time grousing about is basically something they’ve cooked up in their own little heads.

Hell, some guys end up working themselves into a frenzy because women they’re actually dating have dated other men before. That’s right; even if they’re in a committed monogamous relationship with a woman they love, they still feel like they’re being continually “cucked” by all the men she dated in the past.

So, yeah, it only makes sense that some of these guys might decide that every man with daughters is getting cucked big league because fathers aren’t allowed to have sex with the young women they’ve provided for over the course of their first 18 years.

Even paraphrasing this “argument” makes me feel a bit unclean.

I can only hope that whoever posted the original /b/ post doesn’t actually have any daughters. Given that he’s posting on /b/ I think that’s a fairly safe assumption. Let’s just hope he never has any children at all. The world is screwed up enough as it is.

Think about it logically.

You know, for all their claims about how the left and liberals are “degenerate”, people from the alt-right often give me the impression that they are perfectly okay with pedophilia…Even if stuff like this is constantly posted “ironically” in websites like 4chan, I see a creepy obsession with “pure” girls in many corners of the Internet (Their ideal of a “perfect woman”, opposed to the “sluts” and “feminists” they hate) so I fear it will only matter of time before they start justifying and trying to rationalize child grooming and underage girls marrying adult men…Just like in the Good ol’ days™ they love to romanticize.

QuantumInc – Yep, these guys work very hard to characterize cis-het, non-procreative sex as a zero-sum game. I guess it helps them rationalize their desperate desire to interact sexually with people they despise. I might feel some sympathy for them if they weren’t such utter shits about everything.

I have to say something about that fruit fly study linked on the first page. As described in the Telegraph, it’s bullshit.

Here is the situation: You have male fruit flies which can be normal sized or they can be runts based on what you feed them. It was found that when female flies mated with runt males, they had normal-sized offspring.

Since this was published in a journal, I’m left with one of two conclusions. Either the journal is rubbish, or else the study doesn’t say what the Telegraph is reporting and this is a case of bad science reporting. In any case, it’s not evidence of telegony, it’s evidence of genetics. 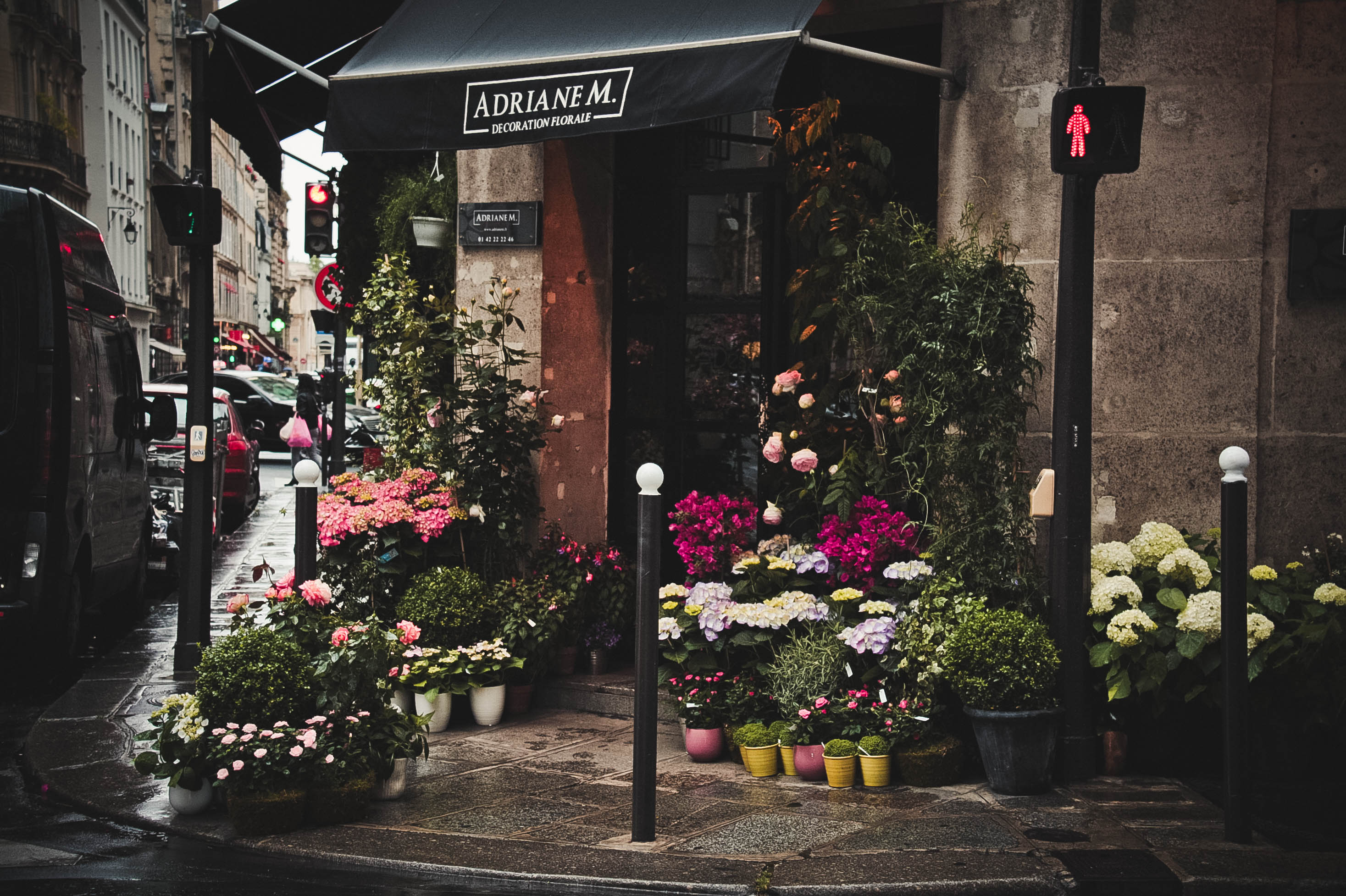 @IgnoreSandra
I know what you mean. The Fritzl case is distressing.

I actually followed this story closely as it unfolded. I felt that somehow I was helping the survivors by putting my attention on it. I don’t know that this thought is true — but I was riveted by the case.

Anyway, here’s April in Paris for you:

Sorry about that jpeg mess above. The editing function didn’t appear until the last 5 seconds — and I was too late to delete it.

It’s supposed to take you to a laughing cat, but it doesn’t work.

David, feel free to delete it. Thanks.

This scene is also for you. It made me laugh out loud.

When you’re at a party having a good time — until that annoying friend shows up.

Think about it logically.

My older brother just plead guilty to raping his daughter since she was eight. I’m still in contact with him. The American prison system I wouldn’t wish on my worst enemy. And I wonder every time I write him a letter why I’m still doing it.

I’m so very sorry. What a heavy burden your brother’s crime has placed on his daughter, on you, and on everyone he knows.

It takes a lot of emotional strength for you to keep in touch with your brother. I hope you’re not overwhelmed.

Sending you and your family my best wishes.

Thanks a lot <3 I have a cat who spends the night sleeping next to me, so it's not all bad. He's an asshole who likes to walk on my keyboard, but what are you gonna do? He's just so fluffy I can't get mad at him.

It's like every time I think I've seen the worst of men, someone comes along who proves that my expectations are not nearly low enough.

I think people really take too shallow an interpretation of the Bioshock games.

Okay, this statement kind of bothered me – I’m not sure how it’s “shallow” to consider the politics implied in the narrative.

I know you say that stuff is incidental but…it isn’t. All Art to some degree is political whether intentionally or not. Besides, if the politics involved were so incidental to all the meta-text, why emphasize them so much? Why have Andrew Ryan spout Objectivist ideals and have Rapture fall due to his inability to follow them? Why have Comstock explain his White Christian Nationalism at length and show how oppressively downtrodden the non-W.A.S.P. sectors of Columbia are?

If it was all just meant as background, I’d argue that irresponsible on the creators because it basically uses the suffering of marginalized people as creative fodder. Moreso that it is all done for the sake of the white characters’ journey – the ultimate fate of Daisy Fitzroy, just so Elizabeth can lose her naivete, is kind of offensive. To my understanding, the DLCs even involve the Luteces convincing Fitzroy to do all that horrible shit…for the sake of Elizabeth’s character development.

That isn’t to say I think you’re wrong about any of the meta-text, it’s all spot-on, but I’m also with Sandra when I’ve seen other games that have done it better.

The Witcher III has managed to ruin all open-world and moral choice systems for doing them so well, the latter due to how – despite functioning off a binary – it never specifies actions as “good” or “evil” and often subverts expectations. Sometimes the seemingly right decision has tragic results, whereas the seemingly wrong thing might lead to better results. Sometimes both results lead to more problems. Sometimes both results work out just fine. Sometimes you just don’t know and never will. The text, subtext, and meta-text all say the same thing: the world is a complex, complicated, unpredictable place and closure isn’t always possible.

Ugh. 4chan at work. French Mammotheers, I’m sorry about this.

All that can be said with much certainty is that shortly before midnight French time, someone on 4chan — a message board known for, among other things, elaborate hoaxes and political extremism — posted links to a large set of data purportedly taken from the campaign of Emmanuel Macron, the youthful centrist politician who is tipped to beat far-right politician Marine Le Pen in the second round of the French presidential election Sunday. Macron’s campaign swiftly confirmed that several officials had had their email inboxes pillaged and that at least some of the messages, financial data, and book keeping published to the internet was genuine.

Anarcho-capitalists – I can’t think of anything to say about them that wouldn’t violate the comments policy. Except that I hate them and would probably fly off the handle if I met one and end up done for aggravated homicide. They should think about the natural response of a peace loving person to their ideology and what it says about them “hmmm everytime I try and talk about logic, people try and kill me with whatever they have to hand… maybe I should shut up??? Naaaa I’m obviously right because I used logic” Dumdumdum.

I can see from the other comments that I’m not the only one who gets a potentially violent anger on reading this. We care about children and daughters… its a bio-truth.

Success!
Nooo what happened? It was embedded!

@PaganReader
That was a stunning success. The ears — love those ears.

As a woman and one of three daughters to a loving (if gleefully weird) father, reading that made me feel physically ill. the idea that anyone could even conceive of feeling that way about their CHILD is so utterly disgusting I want to bleach my cerebral cortex.

This is horrifying. Someone please check to see if this man actually has daughters. Because if he does, he’s probably abusing them.