If you want a picture of the future, imagine a cat sitting on a human face forever.

That, at least, is the nightmare vision of the future of these United States that emerges from a recent post by pickup-artist-cum-Nazoid-philosopher James “Heartiste” Weidmann.

Weidmann, you see, is alarmed by reports that testosterone in American men has been declining for several decades now, and in a post on his blog a couple of days ago, he suggests that this long decline portends a dire future for America — soon t0 be overtaken by weak-chinned men, “man-jawed” women, widespread cuckoldry, mandatory drama club in high schools, and cats, lots of cats.

Also, “ears may become floppy.” Human ears, that is.

Let’s go through some of his predictions so we can all prepare for this brave new world. In low-T America, he suggests, men will become a bunch of cat-owning pussies.

marriage will increasingly be platforms for brides to take selfies and grooms to blubber during the vows. jerkboy best men will be tasked with the job of deflowering any virgin brides remaining in the wilds as the soyfatted grooms recite lines from their favorite feminist poets. …

the rate of cuckoldry will increase.

cat ownership will increase among men.

Men will grow so wimpy that their bodies will shrink, turning soft and rounded, with

As a result of the increased pussyhood of men, women will have to

weird sexual paraphilias and fetishes will rise (those afflicted with declining libido will compensate with outlandish substitutes to bring back that lovin’ feeling).

Not all women will become sluttier and/or kinkier. Alongside the sluts, Heartiste warns, “the population of … cat ladies and bitter spinsters will explode,” as will, on the other side of the gender divide, the numbers of “basement bachelors” and “increasingly servile and pathetic” male feminists.

With most American men transformed into libidoless wusses, Heartiste imagines,

high libido men — cads — will reign supreme in the actual sexual market (what’s left of it) as opposed to the pretend sexual market that lonely feminists jabber about during their intersectionality bullshit sessions.

Workplaces will no longer be manly and productive.

the resulting economic collapse will create a run on arable urban land as millions of useless [white liberals] fight to the death for patches of communal gardens to plant their sad kale and heirloom tomatoes.

As you may have noticed, many of the things that terrify Heartiste actually sound pretty good.

But low-T American wusses will get their final comeuppance, as the nation’s testosterone deficit will likely inspire “higher T conquerors,” by which Heartiste means Muslim men, to crash our country and “wipe out the low T White submissivists.”

Still, Heartiste holds out some hope. Maybe, just maybe, he suggests, some American men will “somehow evolve … an immunity against the low T disease.” America will then

rebound as Nature, in her infinite wisdom, entrusts the low T landscape to high T spermlords who, despite feminists’ faux abhorrence to the contrary, will piledrive a wide swath through a lot of parched pussy that has spent decades lost in an anhedonic wilderness of un-men.

A Nazi can dream, I guess.

NOTE: Apologies to George Orwell for that first sentence.

@Alan
0.o Jousting? Are you telling me that actual academic historians actually thought that was the reason at any time, such that they felt the need to show otherwise?

That 70:30 is almost like the Golden Ratio; it crops up everywhere. Beyond that and all of a sudden the subject or area gets the “Women’s” or “Female” qualifier, and the field is regarded as ‘dominated’* by women.

TIL my company is dominated by women!

(There’s three of us. One’s a woman. She’s not partner yet, so maybe she doesn’t dominate yet, but we’re working on that.)

More kittens from the same litter as yesterday: 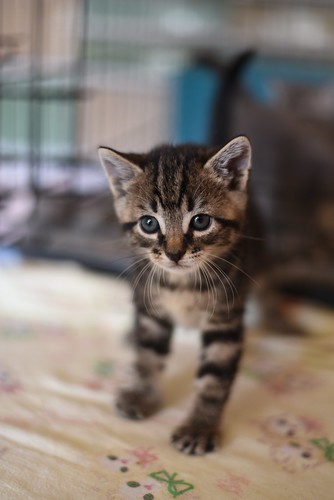 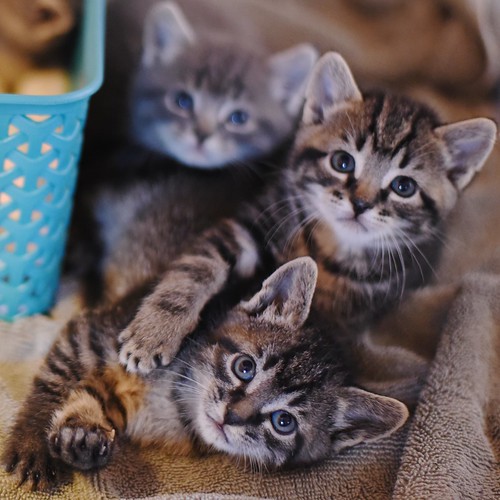 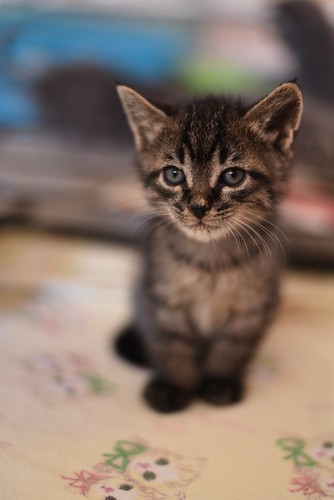 This one is Tille Huddleston. Up there is her brother Beau Huddleston.

I already have floppy ears. Well, they’re only slightly floppy. But seriously, apparently I have a lot less cartilage in my ears than most people.

Jousting? Are you telling me that actual academic historians actually thought that was the reason at any time

The theory, which is still considered plausible in some circles, is that jousting formalised an innate preference for horse riders to pass on the left so that they can deploy weapons if necessary and thus feel less vulnerable.

@Alan
At what point did they suppose that a large enough percentage of traffic was people on horseback to be the basis for traffic patterns? FFS these are people whose profession is having a clue.

Maybe it’s a case of extreme backwards compatibility, like how Windows 7 could still run programs written for MS-DOS.

@Laugher
My point is that there’s never been a time when a large percentage of road traffic was on horseback. Wagons, yes, riders no.

At what point did they suppose that a large enough percentage of traffic was people on horseback to be the basis for traffic patterns?

Dunno. I would have also thought that it wouldn’t have been an issue until there was enough traffic that you needed double track roads. Presumably it initially started as a convention for passing on the left and then it evolved from there?

A preference for veering left does seem to be innate in humans though. That actually makes our roads a bit safer (less chance of swerving into oncoming traffic in sudden emergencies). It’s also a factor in goal keeping. The COLREGS state that ships should pass on the left too. Hmm, now I’m curious about railways and canals.

That’s all major roads ever, really. Rome had a ton of traffic in both directions, wagon and pedestrian, on their roads. That’s one reason they built them.
Railways are mostly on the left, (saving light rail in right hand countries ) I’d guess canals too.

as opposed to the pretend sexual market that lonely feminists jabber about during their intersectionality bullshit sessions.

Jimmy seems to have confused feminists with his target audience.

Is there a textual equivalent to white noise? Because that’s what I experience when I try to read Shartiste’s scribblings. It’s just…static.

Beyond that and all of a sudden the subject or area gets the “Women’s” or “Female” qualifier, and the field is regarded as ‘dominated’* by women.

When I started the count I thought there were more women in the LRB. I realise that’s probably because they tend to put all the women’s names on the front cover (although inside they are fewer and average less space).

The dead tree LRB edition Mary Beard’s lecture is in has a pink cover and the words “Women in Power” on the front. And 5 of the 7 names on the cover are of women – though one is a mythical monster and another is prefixed with the phrase “what’s wrong with…?” That’s all but two of the women who supply the contents and all of them that appear as topics inside.

one is a mythical monster

My favourite St Paddy’s Day card this year featured St Patrick and Medusa on a blind date (think about it :-))

Interesting that the LRB obviously thought women are worth putting on the cover, but then very much making a ‘black history month’ thing of it. Like “This is a special one-off; don’t panic. Normal service will be resumed next issue”.

Try to abolish the 25 year law on gray imports?

Is there a textual equivalent to white noise? Because that’s what I experience when I try to read Shartiste’s scribblings. It’s just…static.

This is normal for dissagreements between individuals and groups. Figuring out what it means to them eventually is important for dealing with it because outside of straight-up domination, displaying the inconsistency of thier words with reality and harm associated with acting on those words is needed.

TL;DR “white noise” and “static” will involve felt body sensations where the people involved feel differently about the language. They feel “cuck” differently from us.

I should explain that I have a very specific view of both “white noise” and “static”. My views are constrained by by the biology. Feelings are body sensations, metabolic states, anatomy and brain data being linked in simultaneous activation.
It’s a reason why I try to learn how we know we can feel in general outline,
https://en.m.wikipedia.org/wiki/Sensory_neuron
Those are sensor pad information cables.

Every sense has a structure that turns into a brain map. You feel your body and it’s parts in your memory and that has consequences when it comes to effective language use. Lots of non-literal language is body centered. Profanity for example (Fuck is fucking useful). Insults, bigotry..
“Hive mind” actually represents a simple model of how our sense of social space could be organized and my version reads “strategic group cohesion” because humans get to try to change society in Internet spaces. both are in a general category of human behavior. Lewis’s law is embodied at some level. That information path from brain to screen runs through body maps associated with feeling.

Maybe it’s overkill but I like to think that this sort of knowledge could be very beneficial in terms of general human interaction and not just strategic thinking in social conflict.