That said, I do seem to be getting a bit better, day by day. I’m hoping I’ll be back posting again pretty soon.

Ooh now we can have a discussion about whether viruses are in fact ‘alive’. See, even when you’re poorly you give us stuff to chat about. Cheers.

And hope you’re back to full health soon.

It’s good to hear news, and I hope you get well soon.

Also I hope your cats are giving you some comfort and not, y’know, acting like assholes about they hungry when you need to lay down or something like that.

Ugh, flu sucks…I’m over my latest chest cold, but my phlegm has yet to get the news. Feel MUCH better soon.

Here’s to a quick recovery.

@Alan
If they can be killed, are they not alive? *looks philosophically into the middle distance*

I fall on the side of virus particles being alive.

I found just what you need to get back up and posting David!

I guess juice sales were lagging…

Take your time, man. Don’t feel like you need to keep on top of updates here while you’re sick.

I don’t want to make this thread all about me, but I am for realz, actually engaged!

I don’t want to make this thread all about me, but I am for realz, actually engaged!

This thread is now, officially, all about Viscaria and Visfiancé until further notice. Also @David
Take it easy and get plenty of rest. Here’s to your (just-around-the-corner) return to good health!

@Viscaria
Visualize another super cute kitten wishing all the best to you and your new fiance.

I’m over my latest chest cold, but my phlegm has yet to get the news.

So I’m not the only one! Feel better.

Maybe this will make you feel better. Someone was handing out Russian flags with Trump in gold embroidery on them at CPAC.

Congrats and all best wishes.

As no more than an interested layman, it seems to me that since viruses are known to evolve (change over time), the very definition of evolution suggests that viruses are alive. Sort of.

Are the retroviruses that have been inserted in your genome over time alive? Did they only become alive when they joined the human genome? Are viruses only alive while attached to a cell, hijacking its metabolism in order to reproduce a bunch of young viruses which in turn will not be alive until they, too, attach to a host cell?

There does not seem to be a large consensus on this. It looks like there is a lot more to learn on the subject.

There does not seem to be a large consensus on this. It looks like there is a lot more to learn on the subject.

Based on recent experience, I imagine that if biologists tightened up their definition of “life” to provide a definite answer on this one, they would run into a wall of public dissatisfaction and ill-informed calls to change it once again. My heart goes out to them; it’s a tough situation.

On the other hand, Viscaria’s engagement is not a tough situation, and congrats! YOU HAS THE SPARKLY!

I’m…also alive. It’s my birthday today, so I thought I’d come and check in with the Mammotheers. I’m still not exactly comfortable with being an active member of the community but I wanted to let everyone know that I’m doing comparatively well. Also, I’m 35 today so…yay?

I think you caught the superbug my city accidentally created when we all decided to leave our houses and become activists at once. It’s a lovely combination of cold and flu symptoms, because we only produce the best death viruses! It took down all six people in my house and a good half of every activist group I was part of for a couple of weeks. Mint tea with generous helpings of lemon and honey was my best friend and the only thing that would turn off the faucet that was my nose for an hour at a time. Feel better!

@Monzach
Happy Birthday! I hope you have a wonderful day. 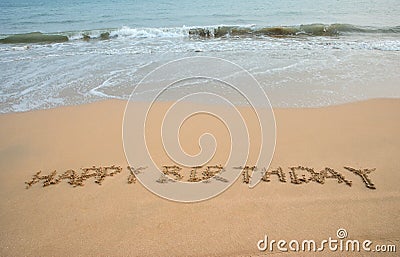 Congratulations, and best wishes for a long and happy life together!

David, you just get better. I know that it has been a while since I have posted here, but I read every day and send folk your way. I, too, have this lovely flu and am getting over it.

Take your time, watch some sunsets and some movies and cartoons, laugh as much as you can, and know we all love you.

Be well. Be safe.

YOU HAS THE SPARKLY!

He’s not getting it back.

I “like” viruses as a reminder that even our most basic dichotomies usually turn out to be spectra. Wait, “spectra”? Yeah.

Plural of spectrum. Those two years of Latin 50 years ago still serve me well.

And you make a good point.

@Otrame : there is several definition possible for alive. And several kind of virus. Depending on your definition, all, some, or none of the virus are alive.

The main subdivision who is important here is that some very big virus are A – the size of bacteria, B – a genome close in size to a bacteria and C – synthetize a lot more of their own machinery than usual. In other word, they highjack significantly less things than normal virus, and mostly are freeloader inside the cells instead.

Note that prions, the proteins responsible for some diseases (creuzfelt-jacob in particular) can be seen as alive for the widest definition, since they sort-of reproduce and sort-of evolve.

Another example of the grey area are thoses bacterias who have became part of another cell, namely the mitochondry and the chloroplasts (and maybe the nucleus ? I don’t remember). They can’t quite live alone, but yet are somewhat separated from the cells. Same thing for the various symbiote that live in our guts, who for the most part can’t live outside a living being (or a human for some), and have a lot of influence on our weight and behavior. Should thoses count as part of the human being ? Should they count as separate being ?

Also, it’s not a debate who is seen as extremely important by biologists, since it’s a label we put on things more than anything else. A virus being alive or not does not change our view of it much.

@Monzach! Happy birthday! You don’t ever have to post, but I’m always glad for your contributions when I see them.

@Monzach: BIRFDAY TWINS! I am one year younger than you as well, so very nearly for realsies birthday twins!

Thanks for the birthday wishes, everyone! ^_^ I got a very lovely birthday present from a family friend, namely a 20 Euro note which will come very handy for the purposes of getting some needed groceries. 🙂

@Scildfreja: Thank you very much for your extremely kind words. 🙂

@David: I just got over a flu a few days ago and I’m still feeling the negative effects of it. Feel better soon.

@Viscaria: Congratulations! May your lives together be blessed with good fortune, lots of communication, and as much love as you have in your heart.

Off topic, but I did hurt my leg this morning, possibly because all this walking I’ve been doing to get back and forth to work/internship, which may have aggravated my old muscle injury that I got in high school (ironically by doing this same kind of shit: School/work, no days off, walky walky walky everywhere, on my feet 8 hours a day at work, etc.)

I got a really bad cramp in it as soon as I woke up, and it kind of hurts to walk on. I took a hot shower and it helped a bit and it feels better now.

Luckily, I have today off, so I’m going to favor it as much as possible and stay off of it so (hopefully) it won’t be as bad tomorrow when I go back to my internship…which I have to walk 20 minutes, take three buses, and climb a flight of stairs to get to. And then I have to do the same thing on the way home, but walk an extra twenty minutes for the last stretch, because bus schedules around here are wonky af and the last bus I’d need to take would require me to walk five minutes to get to it, but it doesn’t run around the time I would get there.

@Paradoxy
Yooo, fuck buses down south tho! Schedules don’t make no sense, routes make even less. I can either take a bus and then walk 20 min to work, or take 2 buses. By some fuckery, both take the same amount of time. By even more fuckery, it’s a 7 min drive from my house

@Monzach: Hugs are always welcome! Hugs back, if you’d like. Or cookies! Or a slice of the japanese sponge cake I’m going to (try) to make! (We’ll see how it rises, me and beating eggs have a complicated relationship.)

@Paradoxical Intention: I FEEL YOU ON THE BUSES. Transit can be ridiculous! When I was still living at home (many, many years ago now) I had to take two different bus systems to get to college. Every day I would pull into the station and watch my bus (that comes every twenty minutes) pull out. Every day I could just watch it go.

I hope the day off helps you feel better.

I am in need of some help. Someone posted a link to a ridiculously detailed post on making perfect potatoes. I wanted to print it today, but do you think I can remember the site, the author, or any more key phrases than ‘scientifically tested perfect baked potatoes’? NOPE.

Could I get that link again, please?

I’ll be 35 late this year. On some other progressive US blogs I read, there’s also a regular commenter who’s a thirtysomething Finnish guy. We are apparently a legion.

Based on recent experience, I imagine that if biologists tightened up their definition of “life” to provide a definite answer on this one, they would run into a wall of public dissatisfaction and ill-informed calls to change it once again.

Well if Pluto the cartoon dog wouldn’t be alive anymore…

And happy birthday to you to.

We were once hiking in the Yorkshire Dales. It started pelting it down so we asked a friendly local what time the next bus was.

(and this was on a Sunday)

Happy roundthesun day to Rhuu too, to you too Rhuu! (it kind of sounds like a fanfare 🙂 )

(Monzach, I know exactly how you feel.)

Bina – I “got over” my cold a week and a half ago and am still phlegmmy.

A virus being alive or not does not change our view of it much.

That view being “It needs to die!” right?

re: bus schedules – Alan’s story wins, but it’s so bad where I live, an ex-roomate had to go to a town (that was a 20 minute car ride) on the horribly scheduled bus and it took her 4 hours. I popped down to pick her up when I got off work* because it was such ridiculous fuckery. Just another way the poor get screwed!

*The reason she had to bus it; she had an appointment to continue her food stamps (this was 2003 before SNAP cards) and I had to work. I live in a suburb that I like to say ‘doesn’t allow poor people’ because *none* of the social safety net gov’t offices are local except for WIC.