Despite all the calls (and emails and faxes), Betsy DeVos was just confirmed as Education Secretary — though the Republicans had to bring in VP Mike Pence to break the tie.

I think the Republicans who voted for her think #TheResistance will peter out sometime soon and that politics will return to normal for them. So let’s use this as a spur to make even more calls and organize even more protests.

If you’re up for calling, check out the suggestions and scripts on 5Calls. See my posts here and here for information and advice on how to make your calls and emails effective. If making these sorts of calls is tough for you, here’s some advice on calling politicians if you have social anxiety. But emails are also fine.

If you want to try something different today, Wall-of-Us, a handy website and newsletter that provides anti-Trumpers with four weekly suggestions for anti-Trump resistance, has an idea: Contact the CEOs on Trump’s Business Advisory Council to speak out against the Muslim ban.

Go to Wall-of-Us for more information and an easy way to bring your concerns to the CEOs’ attention.

Well, shit. As an educator, I was hoping at least this one would not pass. I’m thoroughly disgusted with the GOP.

Apparently a lot of senators who voted yes received a lot of money from DeVos’s family. 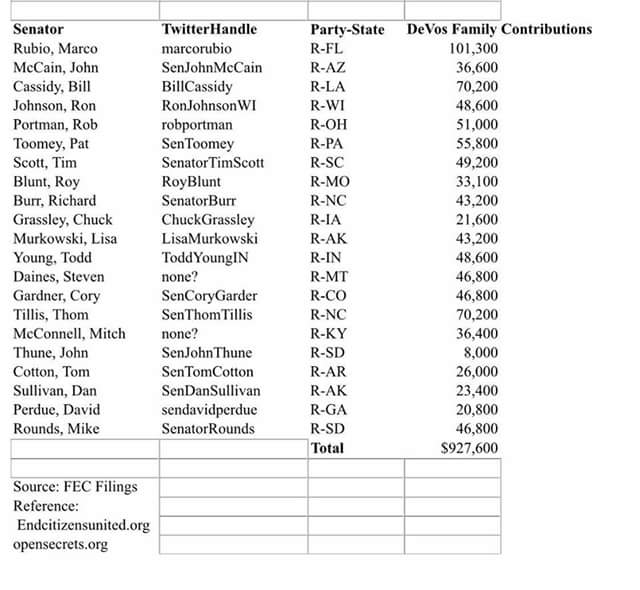 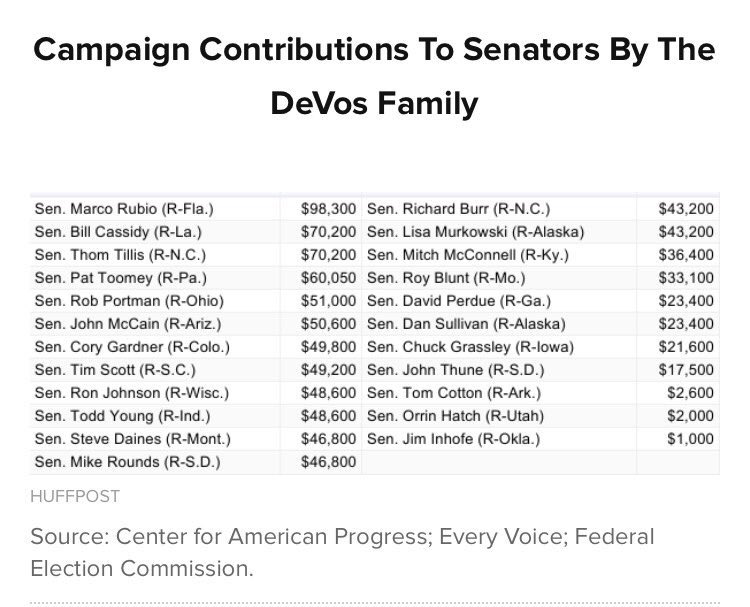 Murkowski voted against Devos (one of two republicans who did so, with Susan Collins of Maine), so good on her.

There’s an appeal of the order putting Trump’s order on hold currently in oral arguments.

https://twitter.com/sarahjeong is livetweeting it and so far it seems like the judges are not really pleased with the DOJ lawyer arguing to allow the ban to go back into effect.

I’m.listening to the live audio feed. It’s quite interesting from a legal point of view. The court is giving the special advocate for the government a hard time. However its perhaps best not to read too much into that. The court is just robustly testing the argument put forward. Think of it like an oral exam for a doctorate. You might get bashed around a bit but it doesn’t necessarily mean they ultimately won’t find for you. I expect the lawyer opposing the ban will also get hauled over the coals.

It’s like a doctorate defense? I find that hard to believe. Where are the snakes? I don’t hear a single snake!

True, though the lawyers on my TL* seem to be of the same mind. It was a bad argument presented badly.

The sneks are staying out of the way in case anyone steps on them.

They have got him on the ropes a bit. That was in relation to a preliminary procedural point though about whether the challengers to the ban had ‘standing’, i.e. whether, as people already in the country, they could argue they were affected by it. The caselaw seems pretty clear on that. I suspect the advocate just wanted to raise that to preserve a future appeal point and move on to the substantive issue. But he got tangled up in an area he wasn’t prepared for. They’ve only got half an hour each. He was probably intending to say something like “Well, that’s what we say” and leave it at that. Instead he fell for the court asking “But why do you say that?”. And he didn’t have the answer.

In the spirit of the Superbowl they went into extra time. Done now though.

Both sides were much better prepared on the substantive issue.

The government’s case is essentially that the executive can issue orders that treat countries differently. They had a little diversion into whether the ‘wet foot, dry foot’ policy in relation to Cuba had actually been lawful.

The states case was in two parts. First this wasn’t about countries it was about religion. They cited Trump’s statements during the election about a total ban on Muslims and his welcoming of Christian refugees.

Secondly it’s disproportionate anyway. When you consider the human suffering and the economic loss weighed against a highly speculative national security argument.

There’s also some procedural argument about which party the burden of proving the case is on bearing in mind it’s a stay of a temporary order that’s going to be appealed again anyway.

This “administration” is a train wreck.
@Kat
Heeheehee

Figures that DeVos paid off both my state’s senators. No wonder they voted for her., they sold out children’s futures for some campaign money. There’s a special place in hell for fuckers like that.

In other news, I found one of my new favorite memes: The origin, in case anyone was wondering:

OT, but there is a resolution in the House to allow drilling in National Parks. (H.J. Res 46)
Here’s a story about it: http://www.outdoorproject.com/blog-news/hj-res-46-will-allow-drilling-our-national-parks

Here are the Reps on the committee it’s in: http://naturalresources.house.gov/about/members.htm

If one of your representatives is on the committee, then please call/email/fax/twitter/whatever method works best for you.

Popping in to say thanks for all the handy ideas, but also for entirely selfish reasons: I had to work last night and could not make it to my weekly pub-trivia game, but I did come up with a team name that I dearly hope they used. Bearing in mind that we have a tradition of referencing recent events with our team name, this was my contribution:
Bowling for Bowling Green

@Ledasmom: Made me literally LOL, love it.