Much like a fart, but much larger and alive, Scott Baio is one of those celebrity has-beens who has managed to linger in the public consciousness for decades without contributing anything of value to the world. He’s also one of the few celebs who’s openly supported Unpresident-Elect Donald Trump.

The former Charles in Charge star was recently asked by Variety to explain his support of Trump. And, well, let’s just say he didn’t really choose his words very carefully.

After celebrating Trump’s alleged work ethic, Baio told those critical of Trump to “grow up,” proclaiming that the world is “not about going to safe spaces and wearing a safety pin and hugging a puppy.”

Baio then tried to make the case that Trump was just a regular guy, citing as evidence Trump’s love of … putting his hands all over people shortly after meeting them for the first time. Allegedly.

“He’s just a guy,” Baio told Variety. “He grabs you. Holds you. He puts his arm around you.”

Yesterday we learned that former Apprentice contestant Summer Zervos, one of the numerous women who came forward before the election to accuse the orange tycoon of sexual assault, has filed a defamation suit against Trump for disparaging statements he made about her after she went public with her allegations.

According to Zervos’ complaint, Trump “ambushed” her several times.

Mr. Trump suddenly, and without her consent, kissed her on her mouth repeatedly; he touched her breast; and he pressed his genitals up against her. Ms. Zervos never consented to any of this disgusting touching.

Maybe Gloria Allred, who is handling Zervos’ case, will call Baio to the witness stand to discuss Trump’s alleged handsyness.

It saddens me and scares me to my absolute core that fucks like this can get away with anything.

Could he try any harder to emphasize how much of a serial rapist Trump is?

Ugh. I’ve met men like that. Don’t like them. They’re especially scary to meet when you’re a teenager and you’re not sure how you feel about your body.

I frankly don’t want to get that close to His Fraudulency.

Didn’t Scott Baio just file a police report against the wife of the Red Hot Chilli Peppers drummer for doing that to him?

why is he so angry at puppies?

Could he try any harder to emphasize how much of a serial rapist Trump is?

I’d be totally unsurprised if Trump’s handiness is a way of normalizing his own behavior to outside observers, so he can excuse groping women. However, while we’ve had an avalanche of women accusing him of sexual assault, and he is generally unpleasant, we haven’t had people coming forward with rape accusations. Yet.

The more important question is – Why isn’t the world more about hugging puppies and less about this dude.

There have been rape accusations.

I’m not sure Scott Baio is helping his case by describing Trump as someone who just grabs you. Most people consider non-consensual grabbing a form of assault.

What a shining example of male privilege we have here. It most likely did not even occur to Bob Loblaw that this was description was even in bad taste. 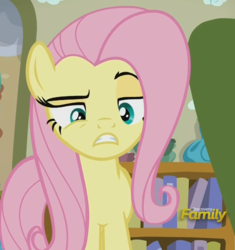 These young people out there, I hope they learn from Trump that hard work gets you what you want and what you need

‘Young people’ is henceforth a slur. Only we can use it. Them’s the rules!

Why not? Also, safety pins are the harbinger of the fall of Western civilization now

The world is going to kick your ass your entire life, cos people like me will do anything to make it as terrible as possible for you

Holy shit, there have been rape accusations. Several.

The irony of anyone using the phrase “grow up” to justify supporting that petulant man-child Trump is glaring indeed.

I forgot about Bob Loblaw. It’s been all downhill for Baio from there.

Things we should send into space:
A jar of mayo
Magazine clippings of Scott Baio
That song that starts with “Day-O”

A poem by Gayle from Bob’s Burgers. Now, if only we could send Baio himself into space. That’d be a lot better.

In more fun news, Blue Rose: The AGE RPG of Romantic Fantasy is here at last, updating the original Blue Rose. Green Ronin president Chris Pramas had this to say about its release:

Of course, progress never comes easy. The simple idea that women should get equal pay for equal work—not to mention the opportunity to work in the fields of their choice—is crazed radicalism in the eyes of some. And while the Supreme Court may have declared that racism is over in the USA, anyone with an ounce of awareness can see that is manifestly not the case. That many of these issues are contentious is no surprise to us. Blue Rose itself was subject to a reactionary backlash from certain quarters. This sort of thing has just gotten worse, particularly in the video game arena, and politics in America has also taken an ugly turn. So while, yes, we have seen a lot of social progress, there is still a lot of work to do.

Now playing games is not going to change the world. That is down to grassroots organizing, voting, and political action. There is a saying though, that all politics is local and our neighborhood is tabletop gaming. We want this to be a better place and we think we can have some effect on it by publishing the right roleplaying game. We want there to be a welcoming place for women, LBGTQ folks, and people of color to enter the hobby. We want to promote the idea that roleplaying games are for everyone, that our hobby—our fun, creative hobby—is something that can bring us together rather than tear us apart.

I forgot about Bob Loblaw. It’s been all downhill for Baio from there.

He would be the perfect lawyer for the Trump administration!

These young people out there, I hope they learn from Trump that hard work gets you what you want and what you need

I’d actually love to learn all about how hard work will get me born into a wealthy and connected family that can get me into an ivy league school and give me lots of money to start a business. How does one achieve this? Do I have to learn to astrally project and then possess the fetus a rich person is carrying? That sounds pretty hard, but Trump’s bootstrapping successes have sure inspired me to try!

Didn’t Baio have a reputation as a lady’s man back in the day? If he was like another PUA he’d probably did the same shit as Trump. Which is probably why he likes him so much.

“He grabs you. Holds you. He puts his arm around you.”

why is he so angry at puppies?

Odd thing: when I read the “He’s just a guy” bit, my brain immediately went to “Zaphod… he’s just zis guy, you know?” from Hitchhiker’s Guide to the Galaxy.
But that might be just because I’m tired, and a big HGttG fan.

The sort of actions Baio describes are typical of conmen and fraudsters. It is done to unsettle and distract with the fraud using the excuse that he is “really feeling a connection with you” and “regards you as one of the family,”

‘That song that starts with “Day-O”’

“He grabs you. Holds you. He puts his arm around you.”

Those must be lyrics to a song on the Scott Baio album. I had to squint to see that the title of the album is The Boys Are Out Tonight.

This number might be doo-wop. It’s definitely a love song.

The tune might work better performed by a girl group, maybe the Ronettes.

@guest
My condolences on the loss of your mother.

My mom loved Harry Belafonte too, as do I. Something else my mother and I both loved: those silly novelty records (including Stan Freberg) from the late 1950s/early 1960s.

Scott Baio wants women to “grow up”, so that dudes like him don’t have to.

@Kat thank you. And haha yes I grew up on those too–we could sing Danny Kaye’s ‘I wanna drinka water’ and pretty much all of Allan Sherman (though I never learned my favourite of his, ‘Good Advice’, until I was in college). Have to admit I wasn’t exactly sure how I was going to get through the day today, but it looks like Allan Sherman FTW.

Interesting–just looking some of this stuff up online, and some writers suggest the Kennedy assassination changed the mood of the country so suddenly and significantly that it pretty much killed the genre.

That’s a fascinating observation about the death of novelty songs.

OTOH, I’ve often read that the USA welcomed the Beatles with extra fervor because our president had been recently assassinated.

@Kat well they didn’t stay dead; I was listening to Weird Al in the early ’80s (and still am!).

@Rabukurafuto:
Yes, I’m looking forward to getting the Kickstarter rewards from backing Blue Rose; their main problem being that the extra add-ons made the book large enough to end up in a different shipping category than they’d expected, so there was a rather significant bump in shipping costs.

And yes, when I did web searches about the game, I was somewhat startled to find a few very vocal people who reacted to the very existence of the game with utter loathing.

In more serious terms, Baio is a seriously fucked up person. He’s just got to keep digging and surprising people with even more depths of the disgusting. Ugh.

Novelty Songs are alive and well –

The genre might have gone out of fashion for a spell, but like cabaret it seems to have had a bit of a rennaisance, or at least there’s a lot of it about in the UK.
Wherever there are things at which to poke satirical fun, there will be Novelty Songs.

@Rabukurafuto: thank you for the info about Blue Rose! I just put in a notification for when it’s in stock at my local game store. My favourite part of playing d&d is the roleplaying amd character stuff. For example, my character now has three penpals that she sends pretty flowers and nice smelling things to, and i’m pretty excited about that.

“The setting is described as “romantic fantasy,” and draws more inspiration from Mercedes Lackey than Robert E. Howard.”

Novelty songs:
Coincidentally, I was reminded of Tom Lehrer when posting about Rick Perry. Specifically, this (spoken) line from the intro to “In Old Mexico”:

His educational career began, interestingly enough, in agricultural school, where he majored in animal husbandry, until they caught him at it one day.

He was one of the novelty song greats. Still alive, apparently, though no longer active.

Life is like a sewer: what you get out of it depends on what you put into it.

Ah, Mitch Benn! Like his songs a lot. ‘I’m Proud of the BBC’ is my particular favourite! (Although it is a little outdated because it mentions Rolf Harris, so not that bit.)

Redsilkphoenix: Jetpack Vixen, Agent of the FemiNest Collective; Keeper of a Hell Toupee

Reading about these novelty songs, I’m surprised no-one’s mentioned Spike Jones (not the more recent singer Spike Jonze) or the Doctor Demento radio program yet. Jones had some great stuff, and Demento would play novelty songs that you swore no-one but you had ever heard of before. (Is Demento still doing that program anymore? Does anyone know?)

Ladies, and Gentlemen: Scott Baio, bravely taking a stand against puppy-hugging. Please, clap slowly, so as not to alarm him.