Men’s Rights Activists continue to make strategic use of the media attention they’ve gained as a result of the Elliot Rodger killings. Yesterday, Al Jazeera America ran an interview with A Voice for Men’s “US News Director” Robert O’Hara in which he touched upon numerous important Men’s Rights issues, like the fact that he doesn’t hate women because his mother is one, and how it was totally an amazing publicity coup for AVFM to be singled out as a misogynistic hate site by the Southern Poverty Law Center.

Let’s look at some highlights from his Q and A. (The block quotes are direct quotes from the man, the legend, himself.)

Men aren’t having a giant patriarchy party all the time:

The idea of male entitlement is almost entirely a fabrication of feminist ideology. The idea that men kind of run the show – this patriarchy theory – and that we’re having a big huge party at the expense of women is really a hateful idea.

I don’t have the statistics with me but I’m totally sure that rape almost never happens:

We hear all these silly lies: there’s a rapist behind every corner; all men are potential rapists. …

I don’t have the exact statistics with me right now, but you’ll see it’s usually around 2 percent of women in their lifetime will have some kind of problem with sexual assault. …

[T]his whole rape things has been used by feminists to garner political power, lots of it, and money. The whole thing has been used as a scam.

(O’Hara’s claim about the rareness of rape was such a whopper that Al Jazeera felt obligated to note that a recent large-scale study by the Centers for Disease Control found that one in five women in America had experienced rape or attempted rape. Not one in fifty.)

When feminists talk about rape it apparently causes homophobia or unhealthy gay sex or something:

There’s no doubt that male sexuality has been demonized in our culture. And that’s a real shame. I think that inhibits a lot of men’s sexuality to the extent where it’s not healthy – especially homosexuals, especially gay men.

The Southern Poverty Law Center is totally irrelevant and besides they did us a favor by calling us hateful:

The SPLC, they’re not a credible organization, not like they once were. And I think the whole this of them listing us, or targeting us as a hate group didn’t work out too well for them. It worked out much better for us [in terms of publicity] than it did for them.

All you need is love:

I love women. My mom is a woman. … What I do not like is that we live in a culture and in a legal environment where if you do choose to have a relationship with a woman, it makes things very complicated and oftentimes dangerous.

All mocking aside, I have found video proof of this last claim. Marriage can be very dangerous for men. Heck, they don’t even have to be the one getting married.

You think misogyny doesn’t hurt people because it’s just an idea? Tell that to the 1 in 5 women who have been raped or sexually assaulted, the three women a day killed by a current or former partner in the US alone, and talk to the just about all of us who experience street harassment.

Yep, he’s definitely the only potential roommate in the world. Also, we totes believe that he really is your roommate. The master of credibility and rational arguments, you are.

Also, look at what exposure to the MRM is doing to Trolli’s typing. “You;re”?

Why would we want pictures of a screeching misogynist ragemonkey? I mean, unless he looks like (insert lust object of choice here)…

Marxism is an idea misogyny is a culture

I found a picture of the Trolli/O’Hara household.

Is it just me or has Trolli devolved into incoherency much faster than normal?

But imagine all the fun sucked out of it, no beer, and a dude who keeps haranguing strangers about his shitty roomate.

Yeah, I think we may already have exhausted Trolli’s potential as a chew toy. However, all is not lost! Because look what I found linked in the sidebar on the Fintroll video.

All you all have done is devolved into name calling and posting memes and videos. A very adult way to discuss things

“What’s incoherent?” well that is.

All you all have done is devolved into name calling and posting memes and videos.

Says the dude who came to whine at us for talking about your supposed roommate, even though the thread stopped being active over a week ago. Yes, Trolli, you’re very adult.

Who wants to bet Trolli is that 4chan kid who was here just a while ago?

Why because I’m not the normal troll that calls you names? I just posted my honest feelings about my roommate and the stupidity of giving attention to this moron.

Sorry I don’t know internet protocol. Is over a week too long of a time in your world?

I am currently listening to a song titled “Death Throes of the Terrorsquid”. I’m fairly certain that this song has more to contribute to this or any other “debate” than Trolli does.

Me asking you to explain what’s incoherent about my posts is incoherent? I haven’t made an argument for us to argue about. I just stated facts and you all attacked me for it.

I just posted my honest feelings about my roommate and the stupidity of giving attention to this moron.

Okay, you gave your honest feelings about your stupid roommate. You have achieved your noble goal. Well done, noble questor. Now what?

Maybe if we give him some grog he’ll be less of a whiny, boring pain in the ass?

It’s no good for roommate relations to be posting online about how much of an idiot you think they are.

… Although your abilities to logic are about the same. 🙂

We haven’t devolved. We began by mocking you.

Well, at least his waffling led me in an indirect way to a song with the chorus “we are here to drink your beer” with a subplot about rum-stealing time travel, so it’s not a complete wash.

Misandric much? All I’ve read is you bitching. Wheres your rebuttled to his points? I haven’t even seen you attempt to refute his ideas and logic yet. And of course men going their own way somehow always morphs into men are all raping pigs. Yea us leaving you behind somehow makes us rapists right? Only femtard logic can convince others that 1+1=345.

Btw that rape culture trash you femterds apways fall back on has been a complete scam. Only to truly ignorant and stupid believe in “rape culture.” Since you seem to have fell for it, i guess we know more about you.

I’ve read like 5 comments on here and just had to laugh. Yup, the west is fucked. I cant believe someone blamed her weight gain on the “patriarchy.” Oh you femtards truly live up to your name.

“We Hunted The Mammoth, The New Misogyny, Tracked and Mocked”…no, no. Doesn’t say anything about refuting anyone’s points or debating or anything like that anywhere on this site.

Sorry, kiddo, I think you’re on the wrong site. So, you know…

Why do they always think that ridiculous shit deserves some kind of thoughtful, in-depth rebuttal rather than pointing and laughing?

Because they have the logical facilities of a tomato, although tomatoes at least have the decency to not have mouths and hands.

Oh, hey! They necro’d a thread with an Alestorm vid in it! kp isn’t a totally waste of space on here after all!

Why do they always necro with a post that one could find from a troll in any thread? Why not post in the recent threads?

But tomatoes are such versatile and delicious vegetables! They go into all kinds of sauces, salsa, salads, on sandwiches. A fresh, garden grown tomato is great sliced up with a little salt on it. My stepfather grows beefsteak tomatoes. They’re so sweet you could eat them just like an apple.

…What were we talking about again?

“I’ll convince them that they’re really the sexist ones by using a sexist slur! Yup, that’ll prove me right! Ha!”

Wheres your rebuttled to his points? I haven’t even seen you attempt to refute his ideas and logic yet.

“EVERYONE MUST BE DEBATING AT ALL TIMES. YOU ARE NOT ALLOWED TO DO ANYTHING BUT REFUTE THESE MANLY, LOGICIAL POINTS AND IDEAS. (If you can, stupid femucommunazis!)”

And of course men going their own way somehow always morphs into men are all raping pigs. Yea us leaving you behind somehow makes us rapists right?

Wait, what? All I’ve seen is someone say that one in six women have been raped in her lifetime and that the majority of rapists are men.

I haven’t seen anyone say that being specifically MGTOW makes you a rapist. Quotes please.

Only femtard logic can convince others that 1+1=345.

Nothing convinces me that you’re a logical, rational human being whose ideas should be seriously considered by referring to me as a slur against the mentally ill! [/sarcasm]

Btw that rape culture trash you femterds apways fall back on has been a complete scam. Only to truly ignorant and stupid believe in “rape culture.”

Since you seem to have fell for it, i guess we know more about you.

Since you seem to think it’s not actually a thing and we feminists are just making shit up, I think that also tells us an awful lot about you. 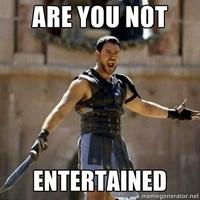 Yup, the west is fucked.

It was shitty to begin with.

I cant believe someone blamed her weight gain on the “patriarchy.”

Oh you femtards truly live up to your name.

If only you MGTOW would live up to yours and just go your own fucking way already and quit necroing our threads from last year.

I’m sure a troll would be the same, provided they are fed a better diet than Cheetos and Mountain Dew for a few weeks before hand.

I’m not sure what a “rebuttled” is, but I’m pretty sure it’s something our troll isn’t doing, either. Always the same tired talking points with these mascuturds…

Rebuttling is what you do if you’re the new butler and you discover that the old butler had a terrible organization system, so you have to redevelop the whole thing.I’m like 80% certain.

Also, “tomatoes” is now a sign of support for women:

Yay for necrotrolling cos I had never headrd Alestorm. And I have immediately reposted that song on my Fb cos Scottish Pirate Punk!!

Yea us leaving you behind somehow makes us rapists right?

Is this you leaving us behind? If so, you’re really bad at it.